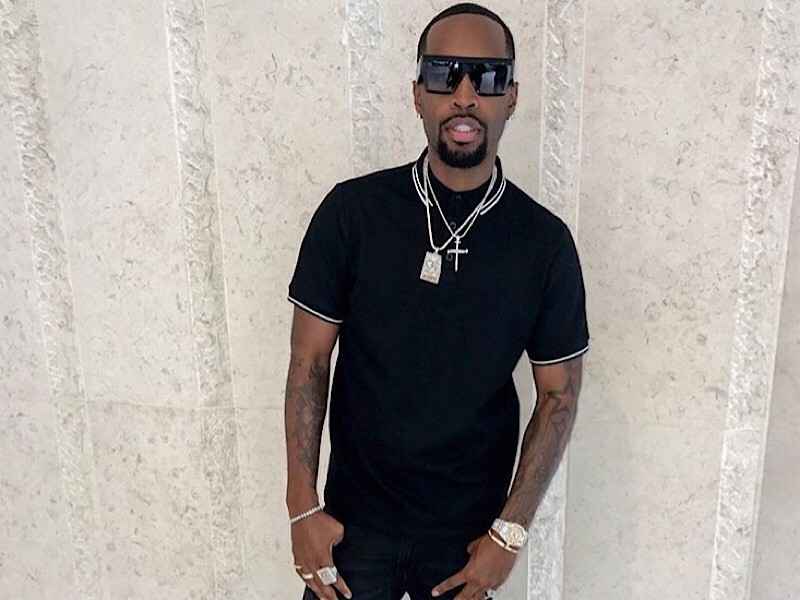 In a month that’s already seen Love & Hip Hop Hollywood star Safaree Samuels on the receiving end of yet another social media roasting thanks to Nicki Minaj, it appears he is having the last laugh.

After NSFW pictures of his manhood leaked on the internet this past February, he noted in several interviews that he had received business offers from multiple sex toy manufacturers. He wasn’t lying, according to TMZ.

I work hard so I can get the last laugh. When y'all think I'm losing I'm not. Trust me! To all the ppl who fronted on me & thought I'd fall off and dissapear… Suck my sex toy ? thank you to the biggest adult toy company in the world @docjohnsonusa for the opportunity and my team @britmo_inc & @therealkdmcnair for making this happen and to my fans and supporters who root for me, I love y'all !! Ladies I'm allll yours ???? Jokes on you ???⛷ its a big deal ?? ?? but who's gonna copp 1 on the low?? ? My anaconda don't want none if you ain't got buns hun ? STRAAAIIITTTTT #THEBAGTALKJUSTGOTREALDIFFERENT #safaree #STUNTGANG #TEAMSAFAREE #myhatersshouldlogout #thankyougod

Samuels was reportedly offered a seven-figure deal with top sex toy maker, Doc Johnson. Pre-orders for life-sized molds of Samuels’ member begin in December — and will ship just in time for Valentine’s Day.

“I work hard so I can get the last laugh,” Samuels wrote via Instagram sharing a screenshot of the TMZ headline. “When y’all think I’m losing, I’m not.”

“People who fronted and thought I’d fall off, suck my sex toy,” he added.

Upon their leak, the images sent social media‘s collective thirst meter into the danger zone. “The reviews have been good,” Charlamagne Tha God said during an interview with The Breakfast Club. “This is the first time I’ve it seen [nude leaks] work for a man.”

Assuming that the thirst levels stay elevated, it’s safe to believe that this will be a lucrative venture for all parties involved.