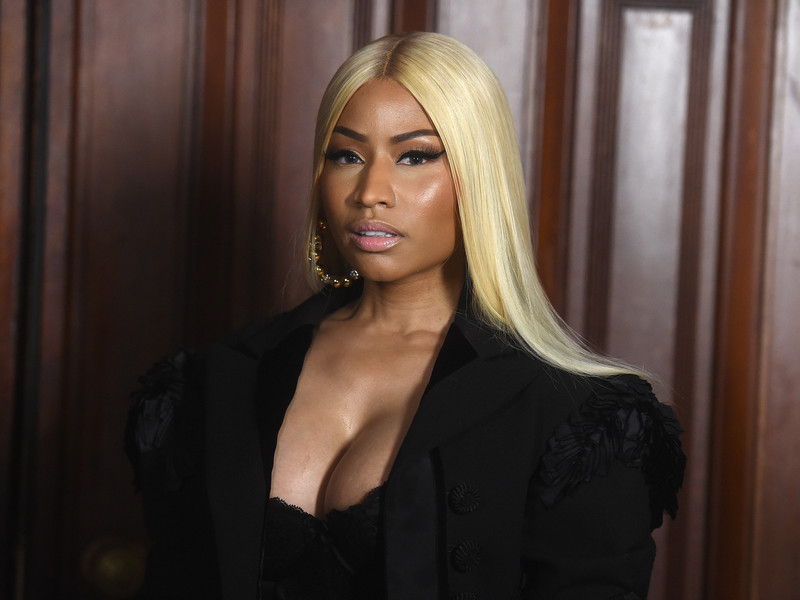 The former couple, broken up since 2014, have been airing each other’s business out on Twitter this morning (August 14). The Twitter war between the two seems to have been born out of Nicki’s earlier fight with DJ Self—who she accuses of trying to get next to her by slandering Cardi B.

Among the scathing claims, the two have been hurling at each other this morning is Nicki’s regret of forking over $10,000 for Safaree’s surgical hairline lowering procedure, which fixed his disappearing hairline.

“I should’ve never paid for that gyatDamn hairline!!!!,” the Queen musician tweeted. “It fell back out cuz God don’t like ugly!!!! You used me but God had other plans!!!!!”

When Charlamagne Tha God poises the question to Safaree of how much the hairline cost, the “Barbie Dreams” rapper takes it upon herself to answer for him and says it cost her $10,000. She also alleges that Safaree and Tyga use the same doctor.

I can’t believe y’all young niggas out here surgically enhancing your hairlines and not telling your Oldheadz. Would y’all clown me If I got a fake hairline????

However, Safaree doesn’t take the swipe at his hairline laying down and clarifies it wasn’t the same doctor—just done in the same day.

“1st off Me and tyga didn’t go to the same dr. We did it the same day,” the Love & Hip Hop: Hollywood personality clarifies. “Diff doctors . Listen I don’t know if this has to do with 1st week sales but you need to finish your zen. And don’t talk about vh1 checks cuz the way you’re acting it’s like your auditioning to be on LHH.”

The drama doesn’t end there, though. Safaree goes on to describe his relationship with Minaj as toxic. Things got so bad, he alleges that one day she made an attempt on his life with a knife and he was sent to the hospital in an ambulance.

“Remember the night you cut me and i almost died the police and ambulance had to take me out the crib on a stretcher and I had to lie and tell them I was trying to kill myself so they wouldn’t take you to jail,” he revealed in a tweet.

Nicki promises to dish out more tea on her Queen Radio show with Beats 1 Radio on Thursday, August 16.

Peep the tweets of Nicki Minaj and Safaree’s below.