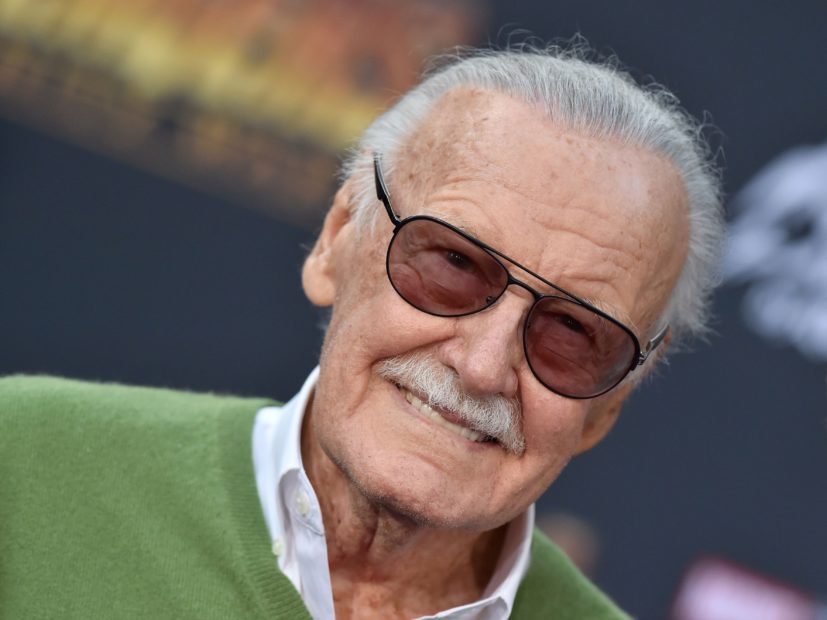 After an ambulance was dispatched to Lee’s Hollywood Hills home, he was rushed to Cedars-Sinai Medical Center where he later died. While his official cause of death hasn’t been announced, Lee has suffered numerous illnesses over the years.

Lee got involved in the comic book world in the late 1930s. He starting branding his work as Marvel Comics in 1961, the same year the company released The Fantastic Four alongside other superhero titles created by Steve Ditko, Lee, Jack Kirby and others.

Lee was known for making cameo appearances in most of the Marvel films. Most recently, he popped up in Venom. HipHopDX can also confirm he makes what would become one of his last cameos in the upcoming Ralph Breaks The Internet film.

The latest installment in the Spider-Man’s franchise, Spider-Man: Into The Spider-Verse, will be released next month.

Lee is survived by his daughter. Joan —his wife of 69 years — died last year.

“My father loved all of his fans,” J.C. told TMZ. He was the greatest, most decent man.”

Naturally, social media has come out in droves to show their respect to the comic book visionary.

Chuck D, Pharoahe Monch, Busta Rhymes, Travis Scott, Ghostface Killah are among the many artists who expressed their gratitude to all of Lee’s contributions.

Stan Lee. Hmmmm ?. Hip Hop without Marvel references. DMC said he wanted his energy to be reminiscent of the Incredible Hulk. My childhood without Marvel. ? I can’t even fathom that. “Swinging through your town like your neighborhood Spider Man” – Wu.. RIP Stan Lee. pic.twitter.com/1dGKvKgvF5

R.I.P to #stanlee the creator of #ironman Nd Many more .. RESPECT #ripstanlee

Thank u Stan Lee for everything.

Had the honor of meeting the Iconic Stan Lee… Beyond his Amazing creations was such an Amazing Spirit. Rip ??

Rest In Peace. To the GOAT of GOATS. MR Stan Lee

I BLAME THANOS… Rest easy big guy!!! You saved me from a life of crime,drugs,and gangs with your amazing tales of heroes great and small!! The album myself and my brother @kraftykuts are making at the moment is inspired and will be dedicated to YOU!!! #Excelsior #AdventuresOfAReluctantSuperhero #marvel #RIPStanLee #2natography

Stan Lee was such an inspiring creator. Sad to hear he’s gone. 95 is a pretty good high score, though.

Thanks for adding so much to our lives, Stan.

Had the honor of meeting Stan Lee last year.
What a legacy.
?

Stan Lee just passed at 95. And I'm not sure how I am going to get through marvel movies without him.

@TheRealStanLee was as extraordinary as the characters he created. A super hero in his own right to Marvel fans around the world, Stan had the power to inspire, to entertain, and to connect. The scale of his imagination was only exceeded by the size of his heart. pic.twitter.com/VQQ44jjrA7

Words cannot express my sadness… Stan Lee’s work had such an impact on my entire life. His stories changed the world. Thank you, Stan Lee, for everything you've done.

Today we lost the hero who gave us superheroes, Stan Lee. I’ve never felt so heartbroken over the loss of a celebrity. He has brought joy into my life since early childhood when my dad began passing his comics down to me. Rest easy, legend ♥️ pic.twitter.com/d5hXeYlrs2