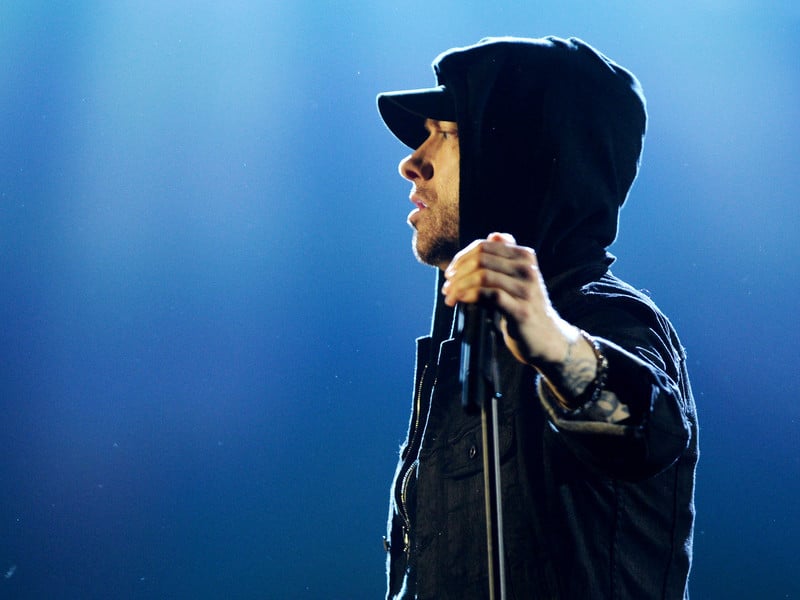 The sometimes elusive Eminem appeared to make a monster announcement on Thursday (August 30).

The Hip Hop giant shared a video to his Instagram account teasing his involvement in the upcoming Sony film, Venom, which is based on the Marvel Comics character.

In the clip, the “E” in Venom turns into a red, backwards “E,” Em’s signature logo. It closes with Em rapping, “Knock, knock/Let the devil in.”

The movie, which will likely be a box office behemoth, stars Tom Hardy as Eddie Brock, a journalist who’s able to morph into Venom. In a recent interview with Esquire, Hardy revealed his character was partly inspired by — of all people — Redman.

“Woody Allen’s tortured neurosis and all the humor that can come from that,” Hardy said. “Conor McGregor — the über violence but not all the talking. And Redman out of control, living rent-free in his head.”

Venom is expected to hit theaters nationwide on October 5.