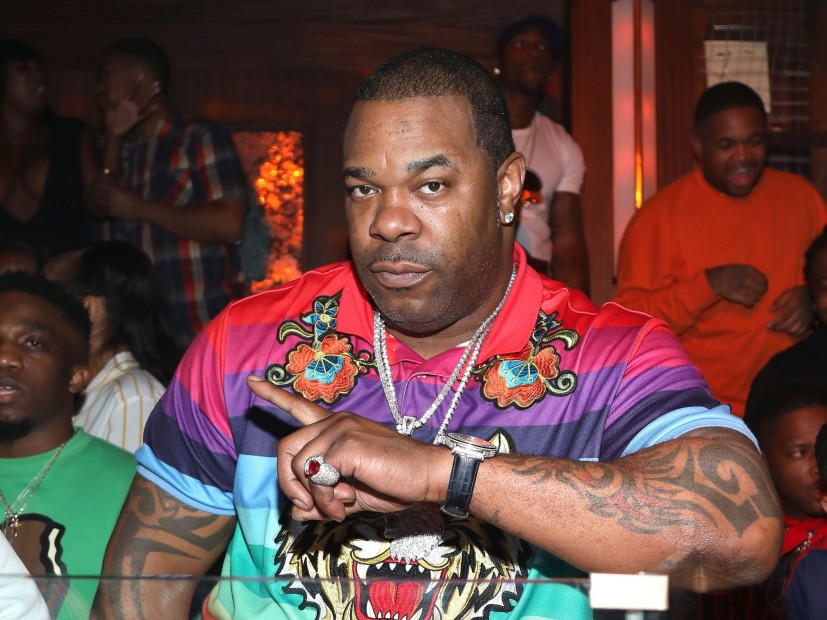 Busta Rhymes has one of the more recognizable voices in Hip Hop. In A Tribe Called Quest’s “Scenario” video, he exploded onto the screen and quickly established his larger-than-life presence with an unforgettable verse.

“Watch, as I combine all the juice from the mind/Heel up, wheel up, bring it back, come, rewind/Powerful impact (Boom!) from the cannon” … you know the rest.

Twenty-seven years later, Bus-A-Bus is grooming the next generation with the help of Doritos’ Blaze The Beat competition. Out of five finalists, a winner was chosen late last week at the SLS Hotel in Las Vegas.

“The fundamentals never change for me,” Busta tells HipHopDX. “You just got to be dope as hell and you got to be able to spit. Like that never changes, you feel me? But even before picking the MC, the agenda for me is really to come and show the degree of my appreciation for them creating this platform.

“I absolutely wanted to take advantage of it because they was allowing us to not only fucking promote some little rap shit, but they were running a platform to advance the culture.”

The winner — 23-year-old Enoch Tolbert — took home $50,000 after a performance alongside Wiz Khalifa. Busta believes this entire competition is a major jump forward for Hip Hop.

“It’s one thing when a major conglomerate corporate infrastructure of this magnitude dibbles and dabbles in Hip Hop and tries to exploit whatever product they trying to promote in Hip Hop or through Hip Hop,” he says. “But it’s a whole other thing to see it be done in this way where it’s not just about the Doritos chip but every MC has the opportunity to exploit their skillset.

“That was put first and foremost. That was top notch and actually personal and a little emotional for me, so I wholeheartedly wanted to take advantage of that. But again, the criteria was to make sure the MC did their job and also took advantage of bringing their best ‘A’ game to the table. An opportunity like this don’t come too often.”

An all-star lineup needs an epic stage… so we built one. The Doritos #BlazeStage is at the official pre-party of the Life is Beautiful festival! Vegas, here we come.

Busta is still as passionate about Hip Hop as he was back in the day when he was just a bright-eyed kid from Brooklyn. He remembers a time during 1998’s Smokin’ Grooves Tour when he got so hyped hearing Eminem’s first EP, he cracked the windshield on Wyclef Jean’s tour bus with his head.

While Busta admits the culture has “reached another evolution of growth,” he’s seeing something for the first time that is cause for concern.

“I think there’s still some much needed regulating,” he explains. “There is a misrepresentation of Hip Hop. Hip Hop isn’t about being a drug head. I’m not saying that there’s a problem with you smoking weed, cool, but I’ve never seen — in the entire time of the culture — this many rappers dying and overdosing from drugs. That wasn’t something I grew up seeing in the culture.

“I think in that aspect, the representation needs to be adjusted significantly, but as far as people being able to exploit music and represent music in the way that they feel is fit for their demographic, I think this is probably one of the best times that Hip Hop.”

In terms of his solo output, Busta has been teasing a new album for awhile. Although he wouldn’t confirm the title, many are anticipating a sequel to 1998’s Extinction Level Event.

“It’s definitely coming this year,” he says. “9th Wonder has heard the album in its entirety several times. Just Blaze, Rapsody and they have all been very vocal about it through the social media platforms, and I am super grateful to them for cosigning, their endorsements, the whole anticipation that they’ve been creating.

Finally, Busta gets to 50 Cent. The two were engaged in a friendly war of words on social media earlier this month. But Bus-A-Bus admits it was nothing but love.

“That’s my brother,” he says. “At the end of the day – and I think people forget — we all came up as kids. We call it snappin’ on each other. We call it cracking jokes, whatever you want to call it, but we grew up doing it as kids, so it’s just important I think that people see on the public level that we can still have that type of fun without getting emotional and taking it offensively. We never going to actually take it to a level of disrespect personally that it doesn’t warrant.

“Let’s have fun, let’s have a sense of humor. We need that about us. Everything can’t feel like it’s so serious that it’s going to lead to beef all the time. So, it definitely was all in fun. 50 Cent, I love you with your fish-face head.”

He adds, “I really appreciate him. He’s probably celebrating the 15th anniversary of Get Rich or Die Tryin’, which is one of the most incredibly impactful and powerful albums ever to be released in our culture, and I salute him tremendously. God bless him.”[apple_news_ad type=”any”]