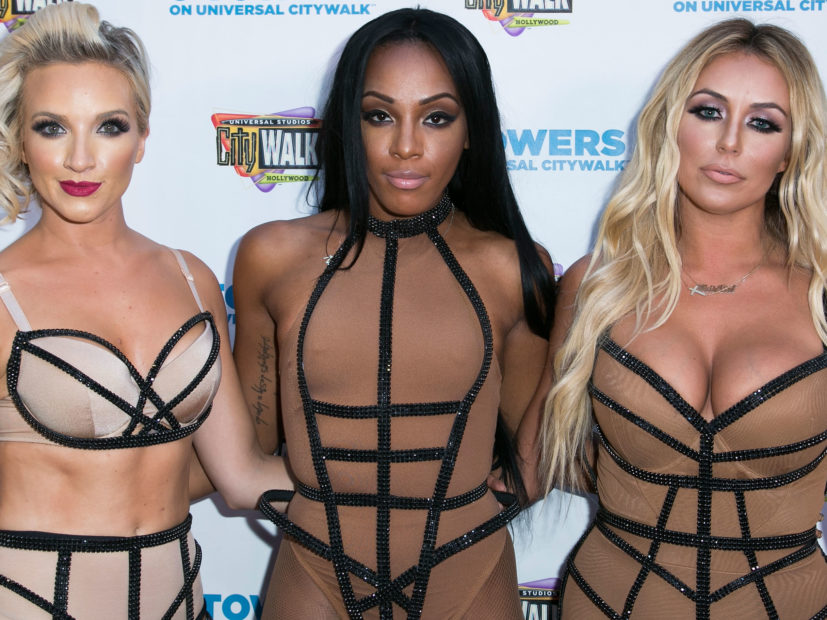 Aubrey O’Day, Dawn Richard and Shannon Bex of Danity Kane, the Pop-R&B girl group conceived then disbanded from Diddy’s 2005 MTV reality show Making The Band, spoke candidly about their harrowing experiences in the music industry in an exclusive interview with Cosmopolitan.

Aubrey and Dawn name Interscope’s Jimmy Iovine, Diddy and Donald Trump as some of the men who they’ve felt violated by over the course of their careers.

Sans former member D. Woods and Aundrea Fimbres, Danity Kane recall the exact moments when sexism and racism had a tremendous effect on their lives.

“When I was doing Celebrity Apprentice, I was doing all these old-fashioned looks,” O’Day remembers. “I have this amazing hairstylist and he would do all of these classic looks on me in the boardroom and I remember maybe the fourth or fifth episode, two producers came over to me and said, ‘Aubrey, you’re the youngest one we’ve had here. You’re running circles around everyone. Nobody thought you’d do this well, but Trump thinks you’re ugly.'”

Dawn recollects when she too was called ugly as a member of Diddy’s Dirty Money ensemble by Iovine.

“Jimmy Iovine told [Dirty Money member] Kalenna at Puff and said, ‘Why don’t you have two light skinned girls?’ In front of a boardroom of fifty people,” Richard shares. “He said, ‘These girls are too ugly. I don’t get it. What are you trying to do with this?’ I remember feeling exactly how Aubrey felt. You know you’re more than this and you’re sitting there and you’re being told as a grown woman you’re ugly…No one fought for us, ever. We’ve only had to fight for ourselves. There was no one who was willing to say, ‘We have your back.'”

Cosmopolitan reached out to Kalenna to discuss the interaction Dawn describes between her and Jimmy during the aforementioned boardroom meeting and she released a statement that Diddy personally encouraged her “to never change.”

“There were people that thought Dirty Money was a reach,” she says in an e-mail. “I heard through the grapevine that Puff was being asked why he didn’t use Cassie, etc. But Puff insisted on the sound matching the look.” She also says Iovine let her know she was, “now one of his favorite writers and favorite voices to listen to.”

According to O’Day, Richards and Bex, Iovine, Diddy nor Trump have yet to apologize for their words.

The “Damaged” trio are currently on their reunion tour and despite having their tumultuous ups and downs, especially when Dawn struck O’Day during an argument, over time they’ve been able to heal and find their way to each other.

“We’ve grown as women,” O’Day tells Cosmo. “We’ve all been through hell at the hands of many things: the industry, our egos, men. We’re at a place now where we really understand ourselves and each other better and saw the value of the loss that we were experiencing without each other.”