From Black Thought To Lil B To Pharrell: Hip Hop Rocks 2018 Midterm Elections 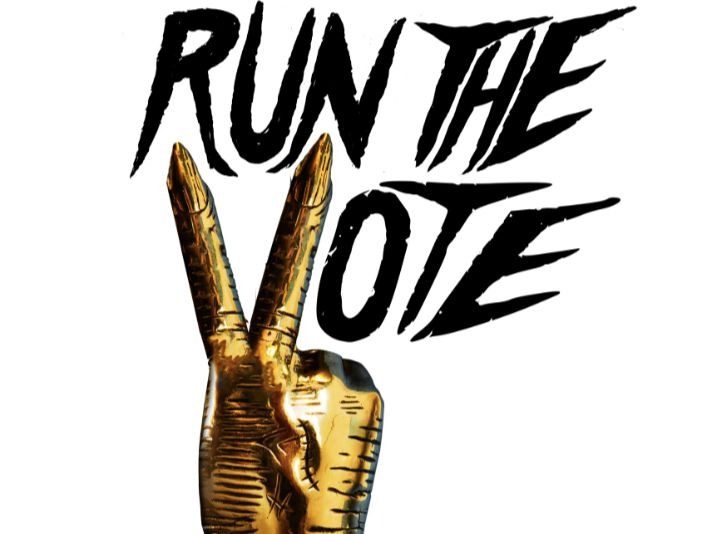 The United States – Tuesday (November 6) marks the last day to cast midterm election ballots. Subsequently, numerous members of the Hip Hop community have taken to social media to encourage people to get to the polls and vote.

From Run The Jewels, Black Thought and Questlove to French Montana, Rihanna and Pharrell Williams, the number of notable artists, athletes and community figures who have vocalized the importance of voting is staggering.

Cut Chemist is even offering a special 45-minute mix — the “Midterm Mix” — as an extra incentive to get to the polls.

Most polling places in the United States are open until 8 p.m. local time so there’s still time.

In the meantime, check out the calls to action below.

If need be please wait in lines, bring IDs, ask for a provisional ballot, whatever you need to do.

The power is in your ??! We want to see you throwing your best pistols and fists ?? outside your polling place today. Share your photo by using #RunTheVote #LetsGo and we’ll like, retweet, comment and share to the RTJ universe. LETS GO! ?? pic.twitter.com/ap6M7VXnBq

Tag @cutchemist in a post with proof you voted by 11:59pm pst and we'll dm you details to stream an exclusive 45 minute “Midterm Mix" of 45 Songs that sample this 45 Happy Voting!! ??

When we get these people who look like us elected make sure they know they owe US! Pay up and give our community something! ie: make it easier for black developers to get bounded to build these structures like stadiums and skyscrapers we give tax cuts for. This way they hire U!Move state funds in part to Local/Black banks with successful records like CTB. This way provided u qualified they give u car, Home and biz loans. ? ???????????Also Marijuana reform that not only legalizes but makes provisions Blacks to be a Significant part of the legal biz. This economically empowers U! ? ????????????????Next forgive non violent drug offenses and wipe their slate clean. This allows them into the work force and the biz they help build as the mules of the drug trade! I wud also add land lottery (u ain’t shit without land that u own and develop) and require cities schools use their funds infuse trade programs in our schools for our boys and girls. ✊?✊?✊?✊?✊?✊?✊?✊?✊?✊?✊?✊?✊?These skills are more needed now than ever and hold more value that we acknowledge! They are other things i am sure and I wud love to see u comment on what u think they shud be. #GoVote #ThenGetOnTheyHeadAboutPayingUp #IdontWannaHereThatWhyRaceBS #IfiSayGayOrWomanOrSpecialNeedsOrSenoirs #UGetit #WellGodDammitGetItNowOrSTFUandActLikeUDo #TheBlackCommunityNeedaBetterNegotiators #WhatDoWeExpectFromTheseVictories #WhatAreWeDue #OweYeahEveryProvisionISuggestedHasBeenDone #ForOtherGroupsAtSomeTime

GEORGIA: I’m sure you already know, but incase you’re still wondering… it’s all about @StaceyAbrams for Governor! Stacey is an inspiration to women across the world!!!

We need everyone in Georgia to Vote TODAY! It’s going to take all of us to do the work! EVERY. VOTE. MATTERS! pic.twitter.com/vPOoM2nuV8

Be the change you want to see. Get to the polls. #GoVOTE.

Gotta vote for sure now. She won’t let me suck her toes if I don’t pic.twitter.com/PCv9g6ldrA

“This ain’t no joke! You gotta get out and vote!” pic.twitter.com/4a6rro7XrB

Get out and VOTE. Don’t do it for me. Do it for our little ones. #vote pic.twitter.com/1ROxiqM5ce

Damn this a tough one I want to vote Greg colon for ca treasurer becuase he wants to take away that 800 dollar Cali franchise tax ! But Fiona ma supports hepatis b research and supporting people with that which is critical to me… tell me which way i shud vote ??! – Lil B

Some advice for people working 9-5 jobs who are worried about long inconvenient lines to vote due to polling rush hours: don't have that job. In fact, quit entirely. That way, u can stroll into your polling station at 2 PM and be out in 5 minutes like a boss. #TheMoreYouKnow

Anyone following me that’s not voting? Change one of those things.

We turned time back an hour, let’s not go back a century. Vote y’all. @benjealous https://t.co/BzYMS53MYj

Our voices and our actions. Artwork by Joshua Mays. pic.twitter.com/BVscNP7r8b