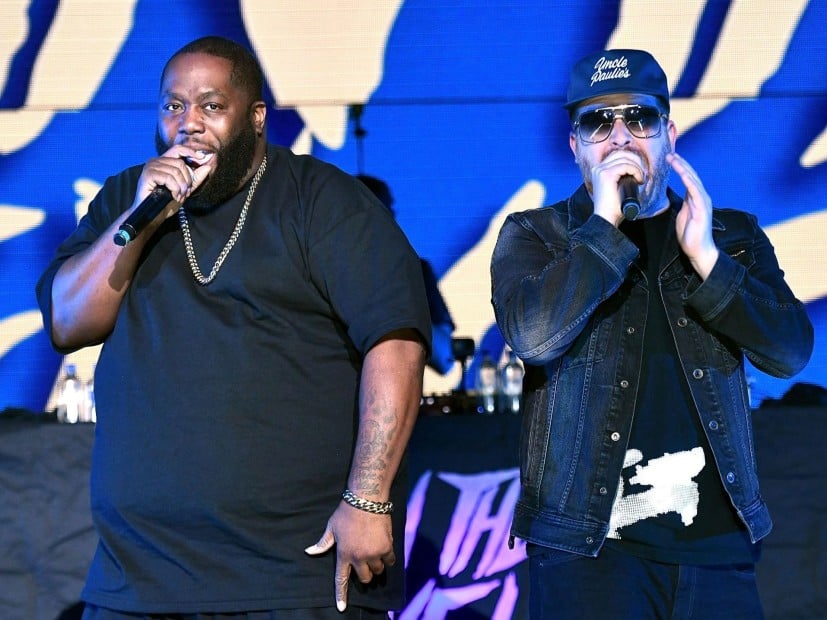 Killer Mike and El-P — collectively known as Run The Jewels — were the most recent guests on Zane Lowe’s Beats 1 Radio show. There, they premiered their new single “Let’s Go (The Royal We)” from the Venom soundtrack.

During the interview, El Producto revealed the song was originally intended for Blade Runner 2049.

“The essence of the music actually came from a trailer that I submitted for the Blade Runner 2049 trailer that ultimately they didn’t use,” he explained. “I just loved it so much that I was like, ‘I have to use this.’

“So basically, I had spent some time working on that, to kind of try and transform it into a beat for essentially Run the Jewels 4 because me and Mike both loved it, and we just thought it was nasty.”

“I think this was a nice little chance for us to kind of get back into a vibe and it’s a decent starting point,” El-P said. “I’ve been collecting beats and we’re just going to kind of try and make the grimiest, rawest record we possibly can.”

Killer Mike added, “In terms of all that’s going on and reflecting with the music, I’ve decided to put more of it into whatever music is coming because trying to communicate and talk, you kind of get polarized and tried to be made into a political figure, and I’m not. I’m a raw-ass rapper who, when asked my opinion, will give it.

“My opinions, instead of saying them over radio or television, where I can argue with stupid people who get paid to give you a side, I’m simply going to put on record to mash on those fools circa Eazy-E, Uncle Luke, Ice Cube, the Geto Boys and, just like rap is supposed to do, to give people good music to push through this bullshit.”

Listen to the whole interview below.