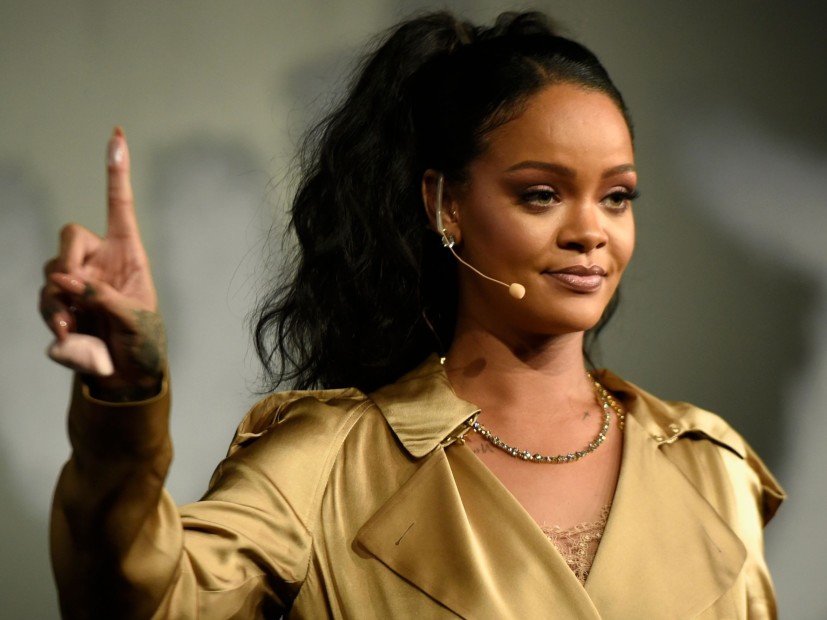 For the cover art of Cardi B’s recently leaked “Money” single, the Bronx firecracker is sporting a pair of Christian Cowan’s gold, jewel-encrusted gloves. While they fit with the art’s gold backdrop and indulgent theme of the song, not everybody is a fan.

At one point in time, Rihanna described the same gloves in less than flattering terms.

“These are the most ghetto shit I’ve ever seen in my life,” she told British Vogue’s editor-in-chief Edward Enniful in August.

cardi wore the same glove rihanna called "the most ghetto shit i've ever seen in my life" lmaooo pic.twitter.com/vrM3hAjzw1

RiRi and Enniful were looking for items for Rihanna’s Vogue UK cover story, which was unveiled in August.

Cardi’s “Money” single was expected to arrive on Thursday (October 25) but once it was leaked to the public, she decided to roll with it, rocking her “ghetto” gloves and all.