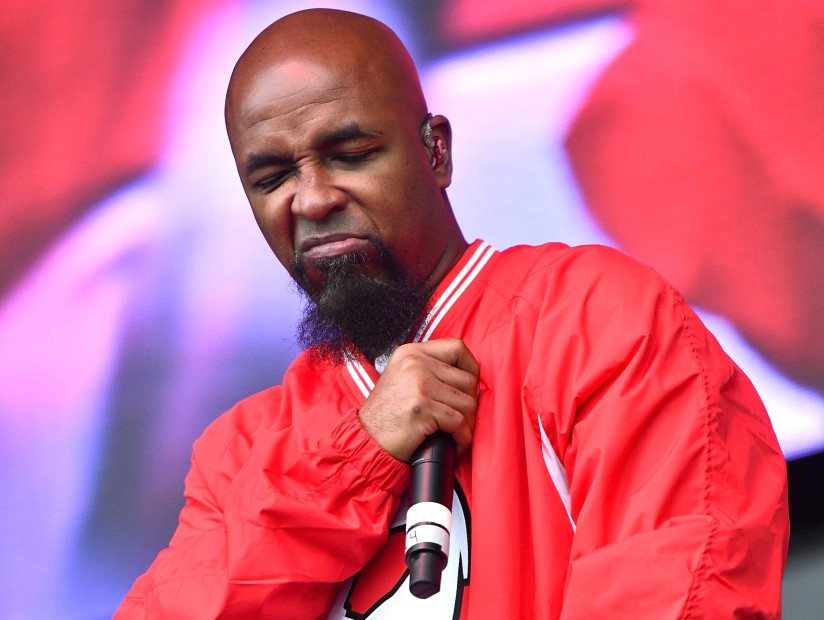 To quote LL’s immortal line “Don’t call it a comeback. I’ve been here for years” would be an understatement when talking about Hip Hop’s independent king Tech N9ne.

Between touring, running a label and making records of his own, the Kansas City, Missouri MC seemingly hasn’t taken a pause in years. So, it’s only fitting that while fans are still soaking in his last album Planet, Tech just revealed the title of his next album N9na, and released the dates of his Independent Grind Tour, which will also include Krizz Kaliko, Dizzy Wright and Futuristic.

To tie it all together, the Strange Music CEO also just dropped the first single from N9na titled “My Own Zone,” and it features who else but his tourmates Dizzy and Futuristic.

In an exclusive conversation with HipHopDX, Tech teases an A-List collab with one of Hip Hop’s all-time great producers, hints at signing Dizzy Wright and talks about being caught in the middle of some of Hip Hop’s most notorious feuds.

HipHopDX: You just dropped your first single since Planet with “My Own Zone.” I see you got your tourmates Dizzy Wright and Futuristic on there.

Tech N9ne: Yes. The idea for the beat hit me July 17. I was at an amusement park and it hit me. I said this is the one I wanna do with Dizzy [Wright] and Futuristic in support of the tour.

DX: N9na is a solo joint or like the next chapter of Strangeulation?

Tech N9ne: N9na is my next solo LP. It’s gonna come out sometime next year but we’re gonna drop songs in support of it for the remainder of this year. I’m still building it. I did Planet and went to my own planet on the last record. This time around I’m letting everybody know the creator even more, N9na.

DX: Last time we spoke I asked why you’d never worked with DJ Premier and you said you two were both busy but trying to put it together. Any update on that?

Tech N9ne: Actually N9na would be the perfect record for him to do a track or two on. Thank you for saying that.

DX: So you’re calling out DJ Premier? Is that what’s happening right now?

Tech N9ne: Yes. I have his number and I’m gonna have to call him and tell him to send me some beats now. Thank you for saying that ’cause I’ve been so much on my grind that I don’t get to think about everything all the time, you know what I’m saying but when people spark it I’m like this is the record to get Preemo on.

DX: On [Futuristic’s] verse [from “My Own Zone”]* he eluded to you and him having four more songs together. When I heard that it did make me wonder if that meant he was part of the Strange Music family. Am I reaching or am I onto something?

Tech N9ne: Yeah, he did say that. I think he’s pointing toward more work we gotta do cause we actually have one more, you know what I’m saying, but I wouldn’t mind doing three more with him to make that four.

DX: So, is signing him a real possibility?

Tech N9ne: We’re open to hear what he has to say because Travis [O’Guin] really likes him as well.

Some bars from a new record with @therealtechn9ne & @onlyfuturistic dropping this Friday !!!! We ready for these tour dates, Tech bless the people….. #StillMovin

DX: Carter V drops today. Did you per chance get a call to be on the album?

Tech N9ne: No, I didn’t but I was on Carter IV so I’m happy, and it was with André 3000 but all I gotta do is call Wayne and say ‘send me something.’ (laughs) But I’m anxious to hear how he comes [with Carter V] and maybe I’ll do part six with him. I don’t know.

DX: Also coming out tonight is Logic’s Young Sinatra IV and speaking of him, it’s funny, artists love you and yet you’re always, not necessarily in the middle of beefs but in the middle of people beefing.

Tech N9ne: [Laughs] I’m always in the middle of beefs. It was Joyner and Logic and then nobody knew it was [Odd Future’s] Hopsin and B.o.B. who were both [throwing shots] on “Am I A Psycho?” I did not know until later, then it was Eminem and MGK and now it was almost Hopsin and Joyner Lucas cause Hopsin said, ‘You don’t want that and I put that on everything’ which was a quote from my song “Sriracha.”

What I’ve gathered is that I deal in MCs, so when you have MCs like that and you have open arms for all MCs that can really go some of them are not gonna agree. They never disagree with me and that’s a good thing.

DX: Eminem obviously wasn’t dissing you but he mentioned you referring to MGK sending subs. Did you and Em talk to make sure everything was all good?

Tech N9ne: They already know. That’s my family over there. They know. If you listen to the song, MGK made it plural, ‘Y’all just rap, y’all not gods. He didn’t say ‘you’ and ‘gonna need a doctor. I’m not talking about the one from Compton,’ he’s talking about Dr. Dre but he said ‘I ain’t talkin’ about Dre,’ so when Eminem brought it out in his song and it became apparent, everyone was saying ‘Tech knew all along.’ No. I don’t have time to dabble in the bullshit but I get it now. MGK called me the next day and was like, “Tech man, I’m sorry man. I would’ve given you the Rap Genius breakdown at the beginning to let you know.’ I was like, “Nah man, I just didn’t know that you was going at him like that. I didn’t think that you would do that. He was like like ‘you know, we’ve been going at it for a while over his daughter.’

It was a weird situation because when I was promoting my song, I went to Rude Jude on before my album came out on March 2nd when I was making my rounds. And I went up to Jude and I was like, ‘This is my new single it’s called “No Reason” with MGK and one that’s called “Don’t Nobody Want None.” I wanna play both of them and then in between us talking he covered the mic and told me “I can’t play the MGK one,” and I was like “oh okay” and after we went to another break I asked him what’s up with Marshall and MGK and he said a long time ago [MGK] said something about his daughter and I was like, “Oh, I remember that. That’s still going?”

I didn’t know they were still going at each other because when MGK first did the song he said, “There’s only one option” and if you listen in the background he says “White” so when we got the record we were like, “Is he talking about Lil Whyte?” So I started googling Lil Whyte and I couldn’t find anything with [him and Lil Whyte] but I found something with Jellyroll in there. Jellyroll was mad at [MGK for beeing] with Yelawolf. I was like, “Damn! Who is the ‘white’ he’s talking about in “It’s only one option (white), you gon’ need a doctor?” I thought he was talking about Lil Whyte and I was like, “Why would he be talking about Lil Whyte? Did they get into it?” But I was blindsided. I didn’t know it was about Em, you know what I’m saying. I don’t think the whole verse was about Em but the ‘God’ thing, so Em said “Next time don’t use Tech N9ne to come at me with a submachine gun” but that’s my family they know that I don’t got anything to do with that.

DX: So, after Em dropped “Not Alike” did you advise Kelly?

Tech N9ne: Nah, I said he’s gonna have to come back. I said ‘This is Hip Hop.’ This was when Em said the ‘submachine gun’ line and I guess Kelly already had [his response] ready. When he talked to me he was kind of apologetic, “My bad Tech. It was all in fun’ and I said, “Whatcha gonna do?” And he said, “I’ma say something.” I said, “You got to. This is Hip Hop.”

DX: You always wind up in the middle.

Tech N9ne: Yes, ’cause I deal in MCs. A lot of people don’t like rappers. I like rappers. I’m one myself and I love people that take time with the craft and care and sometimes those MCs don’t think that other MCs are coming especially when they’re on Tech N9ne’s record. Joyner Lucas said what he had to say after I told him what I said. I said, “I was just wanting to freestyle” and Joyner went and said it (laughs). I wasn’t gonna say nothing, I still put it out for his fans and for my fans. They loved it. After Joyner [spit what he spit] Logic probably said ‘shit I ain’t about to rap on that man, like that.’ I would have took the challenge but, and then when it all came out Logic called me and I said, “Of course, this is MC shit man.” I ain’t no instigator.

DX: What else does Strange Music have coming down the pipeline?

Tech N9ne: Everything! We’re about to go on a new tour in the fall. The Independent Grind Tour with Krizz, Dizzy Wright and Futuristic and we’re taking our Bou Lou Beer on the whole tour. Krizz is about to start construction on his new album. We don’t know what it’s gonna be called yet but he’s about to start collecting beats.

DX: Is this gonna be similar to Go?

Tech N9ne: I doubt it very seriously. It broke his heart that the people missed [that album] so I doubt it but I told him to do what he feels not what he thinks other people want to hear. Keep doing you. Whatever you are right now take it higher.

*Update:* An earlier update of this interview confused the lyrics of both Dizzy Wright and Futuristic, causing some miscommunication within the conversation. We apologize for the inconvenience.