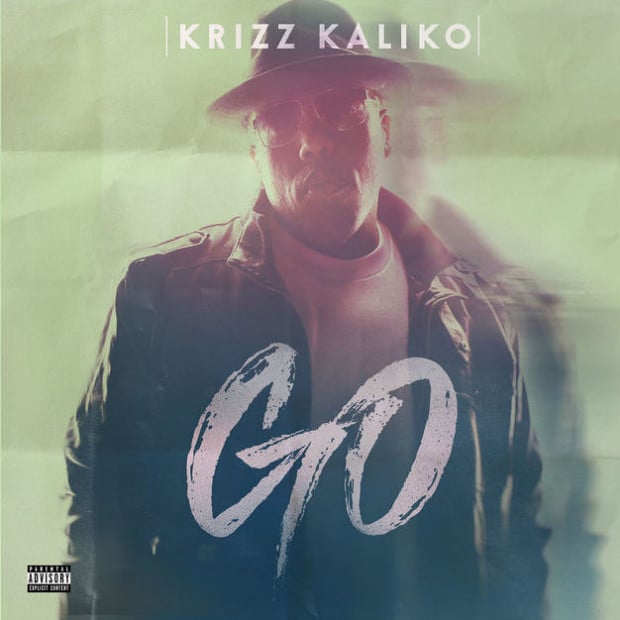 At the outset of GO, Krizz Kaliko’s mother tells him to “go into all the world and make a difference with his soulful reality creations.” She effectively lets her son loose to create a wide array of sound and emotion.

GO features 16 tracks, almost all of them a variation of the one before it. Everything from the club (“Talk Up on It”), to the futuristic (“Bite Your Tongue”), to drum-knocking Hip Hop (“Orangutan”), to the soulful (“Wallflower”) can be found here, and that’s not even the half of it. As different as these tracks are, they all sound like they belong on Go because Kaliko imbues the same amount of passion from each song. He uses his voice as an instrument to reflect the feel of the track; his voice bounces off the beat on dance-worthy “Talk Up on It,” quivers on the emotional “Stop the World” and cracks on the explosive “Outta Line.”

The lyrical content is as varied as the music. Once again, Kaliko manages to pull it all together for a cohesive feel. He spends a good chunk of the first half getting his groove on. This works for the first five tracks, especially on “Outta Line,” with Kaliko doing his best Rick James when he sings: “And I think I love the girl (love you)/And I think I love her mama (mama freaky too)/She could get it, get it right now, in them polyester sheets.”

Not all of Kaliko’s experimentations prove successful, however. Smack dab in the middle of the album, a three-track nosedive sticks out like a crocodile in an alligator rally (word to Family Guy). Besides a solid Tech N9ne verse, “Behave” fails to stand out as anything more than an average break-up song. “More” resembles standard Strange Music fare with its plodding beat and its ghoulish hook, but Stevie Stone is no Brotha Lynch Hung or Tech Nina, and lacks the energy carry the track. Stone makes matters worse on “No No’s,” comes off as a bad Lil Jon stand-in. Fortunately, things pick back up the posse cut “Orangutan,” which finds JL B. Hood, Rittz, Wrekonize, Ces Cru and Tech N9ne going bananas over a banging beat.

The last half of the album is more personal, with Krizz bemoaning the pressures that come with modern technology (“Logged Off”) and the harshness of life (“No Love” and “Stop the World”). On the former, he waxes socially conscious: “If I believe in God the cops would stop and let me go/They kill me in the Bible Belt I guess Allah don’t know.” It’s on the latter that his lyrics convey stark emotion in just three bars: “And I got the nerve to try to smile/Ain’t been happy for a while/I only laugh to hide my pain.” He ends the album on a brighter note, the acoustic-driven “Happyish.”

The three-track slog in the middle does some damage, but GO is an ambitious tapestry of varied sounds and emotions tied together by an artist who may have found his true calling in the booth.