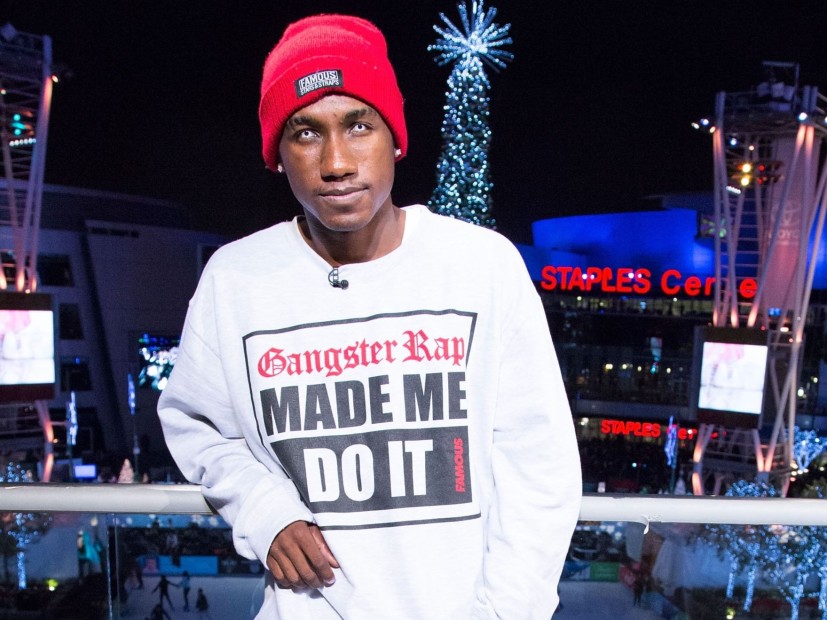 Hopsin jumped on Twitter to let people know he has no beef with Joyner Lucas — despite tweetst that initially said otherwise. On Saturday (September 22), Hopsin shared a screenshot of his FaceTime call with Lucas, proving they’d made peace.

“Just got off a call with @Joyner Lucas and everything’s all good between us,” he wrote in the caption. “Who woulda won tho?”

Just got off of a call with @JoynerLucas and everything’s all good between us. No beef. Who woulda won tho? ??? pic.twitter.com/4QSiiLbe0u

Lucas returned the sentiment with a retweet but was adamant he’d still beat him in a rap battle.

The discord kicked off earlier this week when Hopsin insinuated he could murder Lucas in a battle. Once Lucas addressed Hopsin about the comment, Hop assured him he would “break his soul.”

Lucas fired back with, “Before you break my soul you must break some ground first my g. U still in the same place for the last 10 years now. I’m jus sayin. Level up first before u come for me little man. #andiputthatonyourstagnantcareer.”

As much as fans would love to see a battle — or even a collaboration between the two — so far, no plans have been announced to do either. [apple_news_ad type=”any”]

Before you break my soul you must break some ground first my g. U still in the same place for the last 10 years now. I’m jus sayin ??‍♂️ level up first before u come for me little man. #andiputthatonyourstagnantcareer https://t.co/14ITF0mFoJ

[This article has been updated. The original version was published on September 21, 2018 and be found below.]

If the Eminem and Machine Gun Kelly rivalry wasn’t enough for the Hip Hop community to digest, Hopsin and Joyner Lucas are now evidently engaged in their own online beef.

On Thursday (September 20), a fan asked Hopsin if he thought he could win a battle against Joyner Lucas to which Hopsin replied, “That’s a dumb question that I’m sure you already know the answer to.”

Lucas posted the exchange to his Twitter account with the caption, “Hold up. @hopsin wtf is that supposed to mean???”

He later added, “@hopsin Don’t do it to yourself bro.”

Hold up. @hopsin wtf is that supposed to mean??? ? pic.twitter.com/l2YFTQKdoI

Naturally, Hopsin snapped back on Friday morning (September 21) and dissed Logic in the process.

“Stay in your lane bro @joynerlucas,” he wrote. I’m not @Logic301 ….I will break you soul. #AndIPutThatOnEverythang.”

Stay in your lane bro @joynerlucas . I’m not @Logic301 ….I will beak your soul..#AndIPutThatOnEverythang pic.twitter.com/zWOAt5QJTE

Hopsin and Lucas were both involved with Eminem’s Kamikaze album — one more directly than the other. Lucas teamed up with Shady on the track “Lucky You,” which kicked off the whole Em-MGK beef, while Hopsin’s name was dropped on the track “Fall.”

Some people believe this whole interaction between Hopsin and Lucas is fake and will lead to a collaboration between the two artists. Only time will tell. [apple_news_ad type=”any”]

Exactly and they made a song 2 years ago and it's still unreleased. I'm fine with them being competitive, but it's definitely fake beef.

Lol this is already fake beef. This is too obvious.

I honestly know these dudes are smart af, they might fuck around show us this is fake and release a whole song and video together

Fake beef for $$$ and views incoming