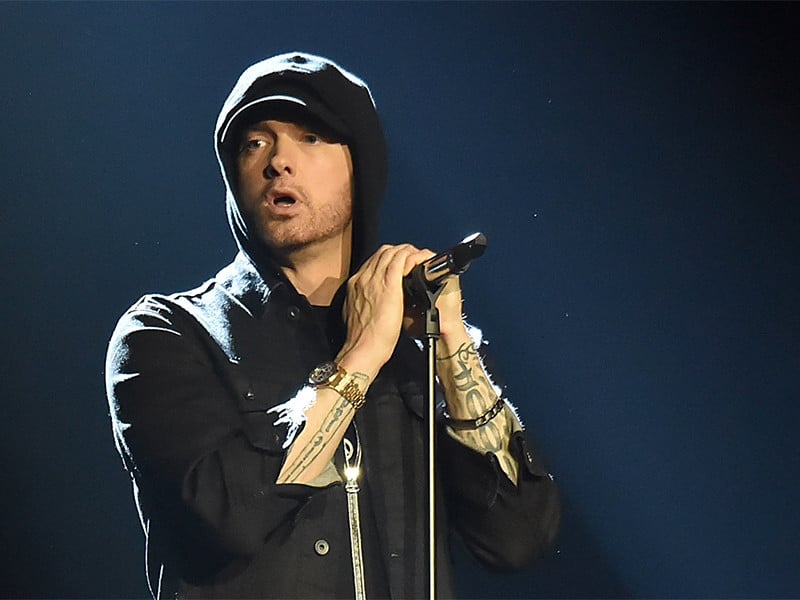 Eminem has set another record, according to Billboard. With 38.1 million views in its first 24 hours, Slim Shady’s “Killshot” marks YouTube’s biggest Hip Hop video debut and its third biggest overall debut in the platform’s history.

On “Not Alike” featuring Royce Da 5’9, Shady sent a shot in MGK’s direction, something the lanky rapper initially celebrated with a bottle of champagne. But, after marinating on it for a few days, he came back with “Rap Devil.”

During a recent interview with Sway Calloway, Em was on the fence on whether he’d respond to MGK. Consequently, “Killshot” came as a welcomed surprise to his fans.

Since its release, MGK has been flaunting the single’s cover art at his concerts. At a show in Orlando earlier this week, he allegedly tricked an entire crowd into participating in his anti-Eminem campaign while wearing a “Killshot” t-shirt. [apple_news_ad type=”any”]