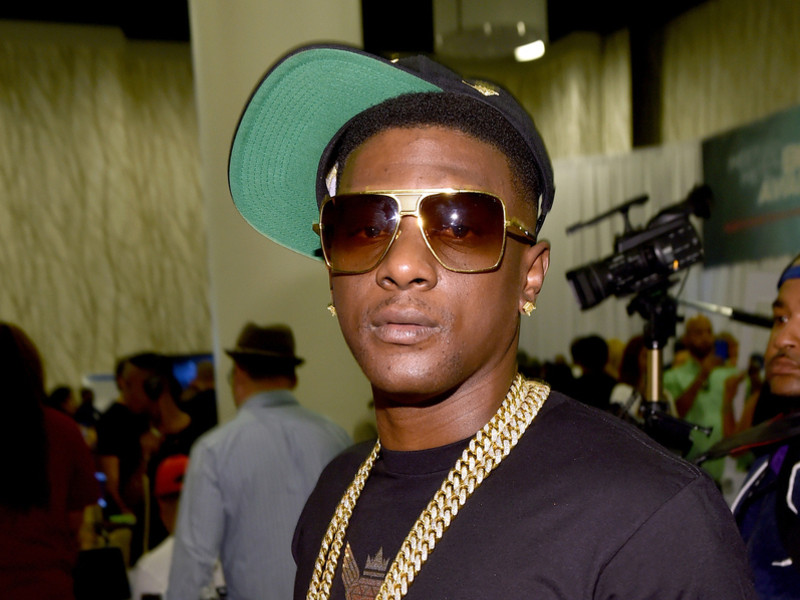 Boosie Badazz has taken a controversial stance on the sexual assault and misconduct allegations facing some prominent celebrities. In an interview with Vlad TV, Boosie said he doesn’t believe the myriad of accusations against R. Kelly, Russell Simmons, Bill Cosby, Tupac Shakur, Usher and Mike Tyson.

While speaking to DJ Vlad, Boosie was particularly upset about R. Kelly’s music being removed from Spotify playlists.

“When they talked about they’re gonna take his music off, I got mad,” he said. “I got in my feelings. I put a post on Instagram. How the fuck you gonna fuck with that man’s music? You’re going too far, man.”

Throughout the interview, Boosie expressed his doubt about sexual assault and misconduct allegations against multiple black celebrities. He seemed to be in disbelief that any famous person would rape a woman — or commit any form of sexual abuse — since they’re presented with so many opportunities to have sex.

“Every night celebrities have women who offer themselves to them, who offer their loving to them,” he said. “Beautiful women. I’m talking about you can pick out several women. Why you have to give women stuff? It’s not like that in this celebrity life.

Watch the entire interview with Boosie below.