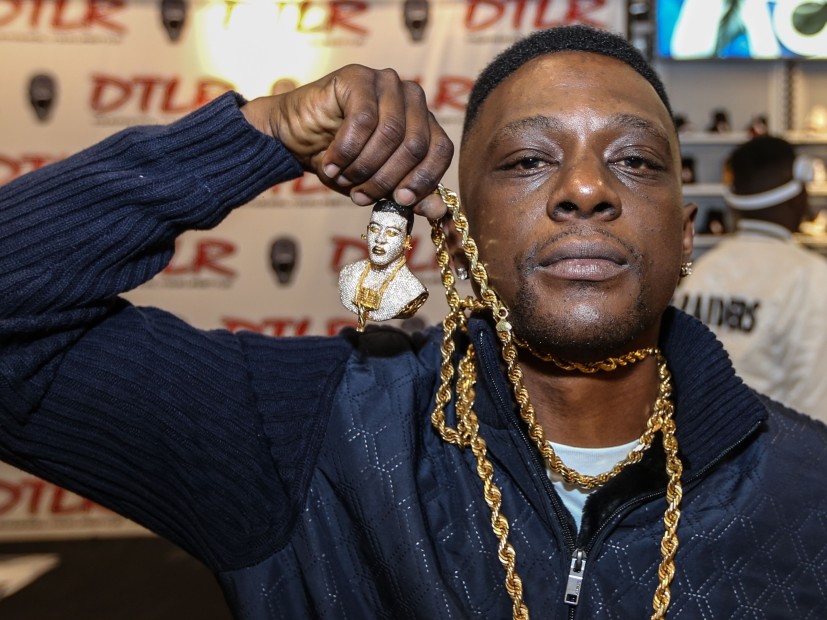 Boosie Badazz has responded to allegations brought forth by his daughter’s mother, Rochelle Wagner. On Monday (July 16), Wagner recorded a video on Instagram alleging Boosie is responsible for her brother’s death.

The Baton Rouge rapper was accused of paying $2,800 to Michael “Marlo Mike” Louding to kill Wagner’s brother, Terry Boyd, in October 2009. He was acquitted of having any involvement in Boyd’s murder three years later for lack of evidence.

But Wagner is clear — she believes Boosie is guilty.

“I still have to deal with that,” she says. “That was mixed emotions. I couldn’t explain that to my daughter at the time. She was 5. ‘Your uncle got killed by your daddy.’ Like, that ain’t nothing I could have told her at the time, even though he got acquitted. It ain’t what the streets have. They go by what you can prove.”

Wagner then plays a recording of an alleged phone call between Boosie and his daughter. Wagner interjects in the conversation after a furious Boosie threatens to “black her fuckin’ eye” and brings his daughter to tears.

“What did you just say to my daughter? She’s crying,” Wagner says. “You call my daughter a bitch?”

He then screams that he’s going to take the daughter out of his will and references Boyd’s death.

“I’ma see if you can swim like your bitch-ass brother.”

In a separate video, Wagner also says Boosie isn’t a good father and reveals they got together when she was just 16.

Boosie responded with a video of his own. But, rather than address Wagner’s allegations, he attempts to discredit her character by talking about her private sexual encounters. He also talks about her numerous arrests for shoplifting.

“Bitch, you a hoe,” he says. “You fucked two best friends at the same time.”

He then accuses Wagner’s mother of being a “crackhead” and says his daughter found a crack pipe while in her care.