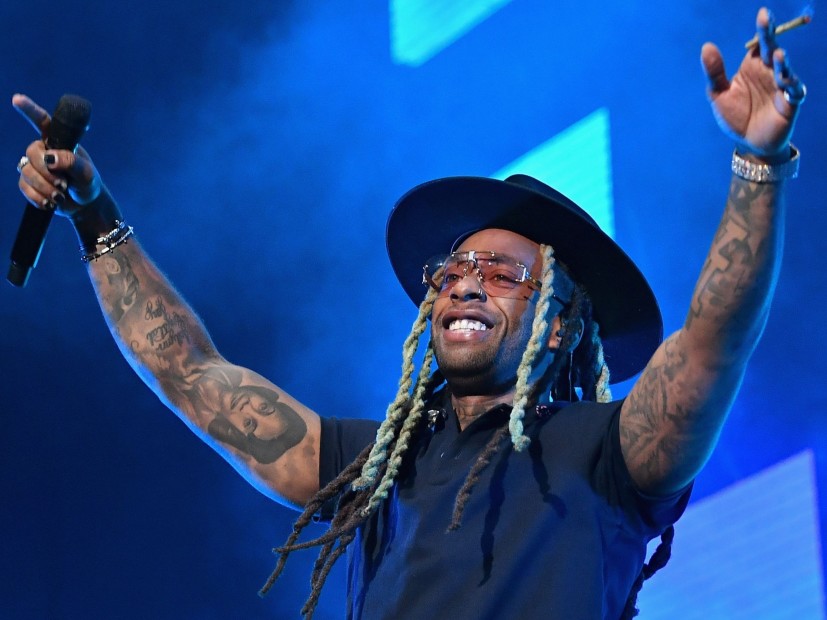 Ty Dolla $ign and Jeremih’s long-awaited collaborative project MihTy is inching closer to seeing the light of day. Ahead of its release, the duo has already shared “New Level” featuring Lil Wayne and “The Light” as a little taste of what to expect.

But according to Ty, who’s currently on the Endless Summer Tour with G-Eazy, he’s just getting started.

“I’m about to go on a spree of just dropping fucking projects,” he told HipHopDX. “I’m getting back into my production as well and producing for other people. I’m having fun. I’m living my best life.”

Summer ain’t over yet , back on the road Friday!

Ty’s best life has manifested itself in numerous high-profile collaborations. From Kanye West and Drake to Beyoncé and JAY-Z, his contact list is growing exponentially.

The multi-talented musician was one of the numerous artists who flew to Wyoming to work on both Kanye’s ye album and the Kids See Ghosts collaboration with Kid Cudi.

“I went up there for two days and did every song that you heard from all those projects,” he explained. “It was a movie out there. He [Kanye] always picks dope locations to record from.

“So, we just all went up there and it was basically his bedroom where he had the studio set up and it was overlooking this big-ass field and all these mountains. It was beautiful — elk and shit walking outside, all types of crazy shit [laughs]. You could order dope cooks. You could order up, smoke up and do whatever you want to do.”

As a result of those Wyoming sessions, Ty ended up contributing to “All Mine” on ye and “Free” on Kids See Ghosts.

But, that wasn’t the only monster release the hard-working artist has been a part of this summer. Ty also popped up on Beyoncé and JAY-Z’s Everything Is Love track “Boss,” which dropped in June. When speaking about the song, his humility and genuine love of music spill over.

“Beyoncé is for sure the best female vocalist alive —  both of them are amazing artists of course,” he said. “JAY-Z’s bars, Beyoncé’s singing and bars. They nailed that album. I couldn’t believe it when it came out that my name is on there and they actually used my song.”

He adds that recording “Boss” was “like a movie” — a phrase he finds himself using often to describe his life — and reveals the song was originally intended to be on Beyoncé’s 2016 solo album Lemonade.

“We did it like two years ago,” he said. “It was supposed to come out on Lemonade, but I guess they had a better plan. At first, JAY-Z wasn’t even on it, but then JAY-Z got on it and took it to the next level. I’m super excited about that joint and I’m just glad people love it.”

Some of Ty’s collaborations have raised a few eyebrows though, such as “Trust Me” with resident bad girl Danielle Bregoli a.k.a. Bhad Bhabie. But, he had his reasons.

“I thought about it and listened to the song,” he explained. “That shit slapped. I couldn’t deny it. It was dope as fuck.”

After playing it for Wiz Khalifa, it became clear he had to do the song.

“I played it for Wiz and he was like, ‘Bro, fuck with it. That shit’s hard,'” he said. “Next thing you know, I went to the studio, did my verse to see how it would sound and everybody loved the shit, so I was like fuck it. I thought it was a slapper.”

At the end of the day, he realized she’s young. In fact, Bregoli isn’t much older than his 13-year-old daughter.

“I met her and she was cool,” he said. “She’s a kid. She’s doing her thing. I think she’s gonna win. She’s probably going to be one of the biggest rappers in the game. Mark my words [laughs]. She’s a superstar.”

Although Ty has earned the nickname “Ty Feature $ign,” he’s actively adding songs to his arsenal for a solo album.

“I’m going to have many more solo records,” he said. “I’m working on it right now. I gotta make my next move my best move. Every time I get a great, great song I put it to the side for the solo. A lot of people are like, Damn dawg, you keep giving away the good shit.’ But I’m like, ‘Whatever bro, I’m just having fun.”