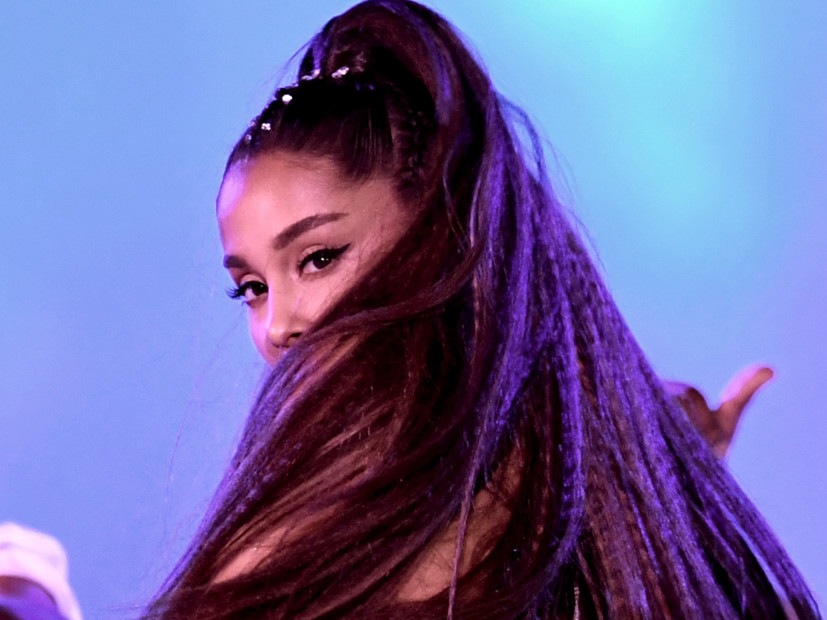 Chicago, IL – Ariana Grande took her Sweetener Sessions to The Vic in Chicago on Wednesday (August 22) and before her performance, she took a little jab at Travis Scott.

Before performing some songs off of the new album, Grande’s manager, Scooter Braun addressed the crowd and expressed his confidence in the album taking the No. 1 spot on the Billboard 200. Grande jokingly added, “We got three days left. You don’t know what Travis could pull!”

Some people in the crowd took the joke as shade towards to Scott especially since Nicki Minaj and the multi-platinum singer are friends.

Ariana shaded the hell out of Travis Scott. pic.twitter.com/QHxxxOVKSX

After blaming Kylie Jenner and Stormi for making ASTROWORLD the No. 1 album, Minaj went on to call Scott the “Hoe Nigga of the Week” on Queen radio Tuesday (August 21). But that wasn’t all.

“What we’re not gonna do is have that Auto-Tune man selling fucking sweaters telling you he sold half a million albums, because he fucking didn’t,” Minaj added. “You stupid fuck. You got your fucking homeboy talking for you and you got your girlfriend selling tour passes. Stop it. Knock it the fuck off.”

The homeboy Minaj mentions is Smokepurpp and he defended ASTROWORLD‘s numbers after Minaj began her Twitter tirade on Sunday (August 19). Scott has yet to respond.

Sweetener is projected to take the No. 1 with at least 220,000 units moved during its first week out.