Drake Pulls Up On JAY-Z During OTR II In Detroit 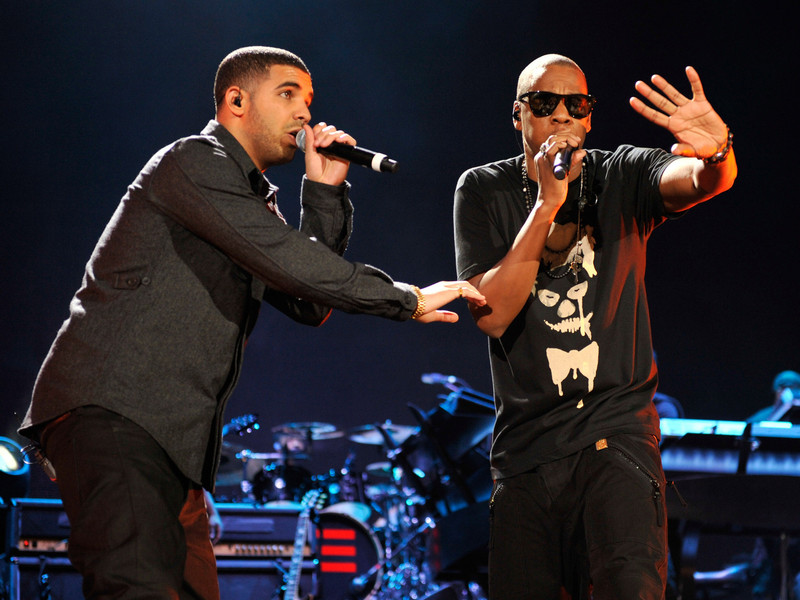 Detroit, MI – Superstars crossing each other’s paths is always great fodder for fans on social media. Detroit played host to one such intersection when JAY-Z got a tap on the shoulder from Drake on Monday (August 13).

Drake is scheduled to perform with Migos as part of the Aubrey & The Three Amigos Tour at Little Caesars Arena in Detroit on Tuesday (August 14). Since he got in town early, Drizzy paid a visit to Ford Field to “talk up” JAY-Z during Hov and Beyoncé‘s On The Run II Tour stop.

The two Hip Hop stars snapped a shot together, which was posted by Roc Nation executive Lenny Santiago on his Instagram. The caption of the post simply reads, “OTR II, Detroit, MI. The 6 God x The Hov God.”

JAY-Z and Drake are occasional collaborators, most recently teaming up on Drizzy’s chart-topping Scorpion album.

Detroit fans weren’t treated to an OVO cameo on stage though. The 6 God didn’t make an appearance during The Carters’ headlining set.

Also, the power couple and their touring mate DJ Khaled honored Aretha Franklin as they dedicated their concert to her. The “Queen of Soul” has been seriously ill this week, and is a Detroit native.