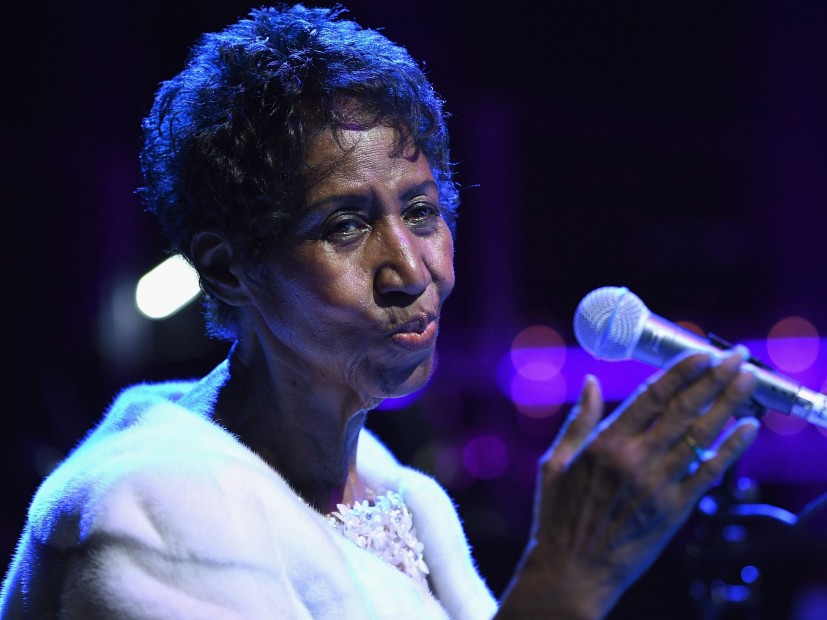 Detroit, MI – Three days after Aretha Franklin was reported to be “gravely ill” in a Detroit hospital, the Queen of Soul has passed away.

The music icon reportedly died peacefully at her Detroit home after suffering from advanced pancreatic cancer for many years.

Naturally, numerous members of the Hip Hop community are coming out in droves to express despair over losing the soul legend. Many of them sampled her music at one time.

Q-Tip, Snoop Dogg, Common, Talib Kweli, DJ Premier and Nas are just a handful of those paying their respects on social media.

?????? QUEEN ?????? Rest In Peace… your contribution to the world is untouchable… prayers to the family during this difficult time #arethafranklin #rip #queenofsoul

Aretha truly sang with the spirit of God in her. She is one the Greatest singers and voices to ever walk this planet. There is only one Queen of Soul and that’s you Aretha! Sing for the angels and make them cry. You are one of the greatest we have heard seen and felt. Love to you Queen. GOD bless your Soul.

Sleep Peacefully Queen! You Set The Tone Of How To Belt Out Pure Soul From Your Gut… I Represent The Pages Of Your Book On How To Go Hard In This Music Biz Life. I Stay Competitive From Passion, Spirit & Soul SALUTE!

The Queen. This is a hard one. Lost my Grandma 2 weeks ago. Aretha was one of her favorites. Aretha has always been my favorite. I have already been in Aretha mode of the past couple of weeks due to my grandma passing. I feel like Aretha went to meet her. God bless Aretha Franklin. She literally provided a soundtrack to my life.

Woke up to hear the news about Aretha Franklin. It was announced she was very ill and close to passing a couple of days ago. A Beautiful person. A Beautiful voice. Glad to see say I had the pleasure of meeting her once if only in passing. My heartfelt condolences to her family and the people who knew her well in this life. Rest in Power Queen. Playing your music as I fly out today on tour. You are the patron saint of all of us hustling on the road. Peace & Love. #arethafranklin #restinpower

All of us. ALL of us stood on your shoulders. You were the Genesis of it all. The Genesis of the word, “Soul”…
Goodbye, Aretha.
? pic.twitter.com/ukTM7Z96KH

The 3 seconds it takes for #ArethaFranklin to oooooze out the words “Sittin around..” is as pure & creative & as honest as any singer I’ve ever seen when a performance goes beyond mere… https://t.co/3rE7vODkOv

We all knew that it would happen any day, it still doesn’t ease the pain. I never had the chance of meeting the Queen but I do have the joy of knowing that she once complimented my DJ set. Thank you for the incredible music. Rest in paradise, Ms Franklin. You will always be a rose. #ArethaFranklin #QueenOfSoul

Rest in peace to the queen of soul Aretha Franklin. I spent more time listening to her music than sampling it, but here is the one song I put out with an Aretha Franklin sample, "Rain Must Fall" from my inst EP Sign Languagehttps://t.co/upKh8FE6xM

Eternal Soul. Your voice, words, and music will live forever in our hearts. Thank you for sharing your blessed gift. Let heaven rejoice at the coming of a heralded angel. The legacy you left on Earth will be cherished by the many souls you touched. Long live the Queen Aretha! pic.twitter.com/MOqlsE2YWF

[This article has been updated. The original version was published on August 13, 2018 and can be found below.]

As the news of Aretha Franklin’s medical condition continues to spread, members of the Hip Hop and R&B community have come out in droves to show their support.

Franklin — who iconically earned the distinction as the Queen of Soul — is reportedly “gravely ill” in a Detroit hospital. WDIV-TV anchor Evrod Cassimy broke the news via Twitter on Monday morning (August 13).

“BREAKING NEWS: I am so saddened to report that the Queen of Soul and my good friend, Aretha Franklin is gravely ill,” he wrote. “I spoke with her family members this morning. She is asking for your prayers at this time. I’ll have more details as I’m allowed to release.”

According to Showbiz 411, Franklin was diagnosed with cancer in 2010. The 76-year-old’s last performances include the Elton John AIDS Foundation gala and the Philadelphia’s Mann Center last year.

Franklin was born in 1942 in Memphis, Tennessee. Over the course of her career, she’s pumped out 42 studio albums, culminating with 2017’s A Brand New Me. She’s responsible for timeless classics like “Respect” and “Son Of A Preacher Man.”

Missy Elliott, DJ Premier, Ciara, Mariah Carey are just a handful of those sending a little prayer to Ms. Franklin on social media.

My prayers are with Aretha Franklin & her family during this difficult time ?? LOOK BELOW @ what I tweeted at the top of the year we MUST CELEBRATE the Living Legends while they are here to see it. So many have given us decades of Timeless music…❤️ https://t.co/VVacLxcMSI

Prayers Up For The Queen Of Soul Aretha Franklin…Hope You Get Well!!!

All my prayers are with #ArethaFranklin and her family ????????

Praying for Aretha Franklin and her family right now! ❤️??

Praying for the Queen of Soul ?? #ArethaFranklin pic.twitter.com/5cfNPrQrq3

Prayers for the Queen of Soul, Ms. @ArethaFranklin!!!

The LEGENDARY #ARETHAFRANKLIN ??
“I’m sad because it feels like I’m losing an aunt as I’ve heard her beautiful voice in my family home all throughout my childhood way into adulthood”?
⭐️LIVING LEGENDS need to be Celebrated while they are here! Give them Salutations NOW! pic.twitter.com/MRBJaKyQcj

Prayers up for the "Queen of Soul," Aretha Franklin. ?? pic.twitter.com/q4vnSYRU2l

Aretha Franklin has the voice of ancestors

Never forget that Aretha Franklin saved the 1998 Grammys when she stepped in for Luciano Pavarotti at the last minute to perform "Nessun Dorma." A PERFORMER. pic.twitter.com/CFmkUxMOya