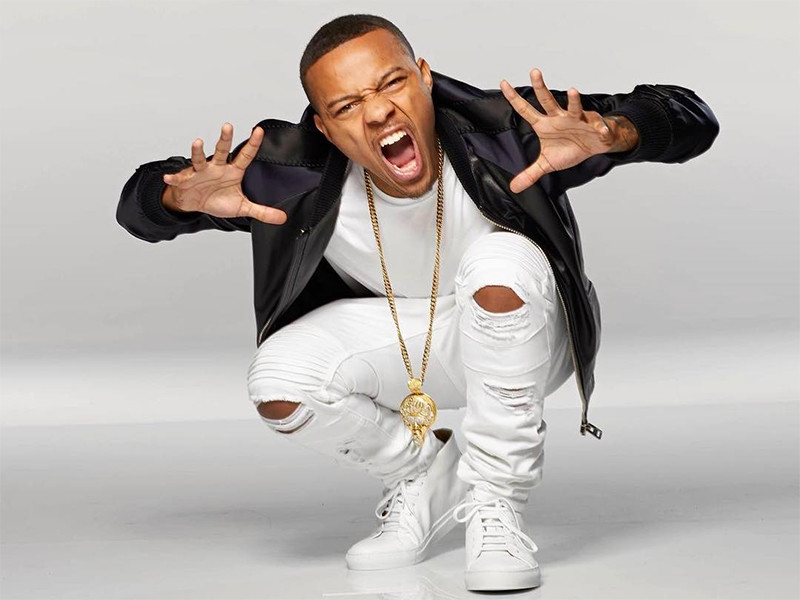 Bow Wow has been in the spotlight since he was a teenager. Now 31, the So So Def rapper is so tired of fame, he says he’s ready to quit the rap game for good, give away all his money and get a job at GameStop.

On Monday morning (July 30), Bow Wow went on a bona fide Twitter tirade after a fan accused him of being a cheater. Evidently, comments on his personal life unleashed Bow Wow’s wrath.

Once a cheater, always a cheater pic.twitter.com/pZRNOPbliU

After the same Twitter user tweeted about his behavior at a club, Bow Wow snapped back with unbridled anger.

“I dont do cameras u stupid bitch!” he wrote in a since-deleted tweet. “Come in my section recording! So we shut your bright ass camera down u got mad so u tweet my bitch. Id pay a bitch 1000 to slap the lacefront off yo dusty ass! This goes for the rest of you hoes! LEAVE ME AND ME THE FUCK ALONE.”

But Bow Wow wasn’t done there. In fact, it appeared he was just warming up. As he continued verbally attacking the woman who spark his rant, Bow Wow turned his attention to bloggers as he lamented fame.

“Yo! Ima say it once and LAST!” he wrote. “Im tired of you dusty ugly BITCHES. Im not the one! I will go to jail over mine think im fucking playing. U ugly broke dirt around the neck ass bitches. Leave US THE FUCK ALONE. and i say this with LOVE.

“I dont give a fuck about that lil money. Or your cheap ass phone. Dont ever come for me or mine ever you ugly bitch! You can clown all day about me but once u put my girl in it IM TRIPPN! fuck this famous shit.”

He added, “I hate you fucking bloggers too! Shaderoom i fuck with. All you other gossiping ass hateful sites FUCK YOU! your comment sections FUCK YOU! SMASH OR PASS BULLSHIT I WOULDNT FUCK YOU UGLY I SHOP AT LANE BRYANT BITCHES EVER! FUCK YOU!”

At some point, Bow Wow headed over to his Instagram account and reposted one of his tweets, threatening to walk away from rap and start working at GameStop.

“Ima quit all this shit,” it reads. “Downsize my home. Sale everything. And go work at gamestop. Id probably be the happiest man in the world. trade my cars in and buy a PROBE.”

Go move to the country in NC with my girl and people never seeing me AGAIN! On life!

As Bow Wow seemed to calm down, he then decided he was going to start giving away “free money” to his fans and provided receipts. He also said he’s willing to drop out of the So So Def 25th Anniversary Cultural Curren$y Tour, which Jermaine Dupri announced on Monday (July 30).

“Im cash apping all my money away today. So if you want some free money yall can have it… lets see if you think money makes you happy,” he wrote. “I really dont want to mess up the so so def tour so im thinking about not going. Im the one that stirs up stuff im always in the news jd nem dont need that. So if i have to falll back i will.”

Sending my fans money today! I dont want it. This money is evil. Maybe yall can do some good with it… enjoy! Ive already started cash apping. You dont have to like me or love me just know im paying you guys back for all the bs ive put you through. I owe yall ?

Despite Bow Wow’s reactionary tweets, he’s at least aware he needs to talk to someone about it. During his social media explosion, he revealed he was going to seek a professional’s opinion.

“Im seeing my therapist soon as i land,” he posted.

He added in the caption, “Becuas IF NOT … IM 1 sec from throwing it all away!” [apple_news_ad type=”any”]