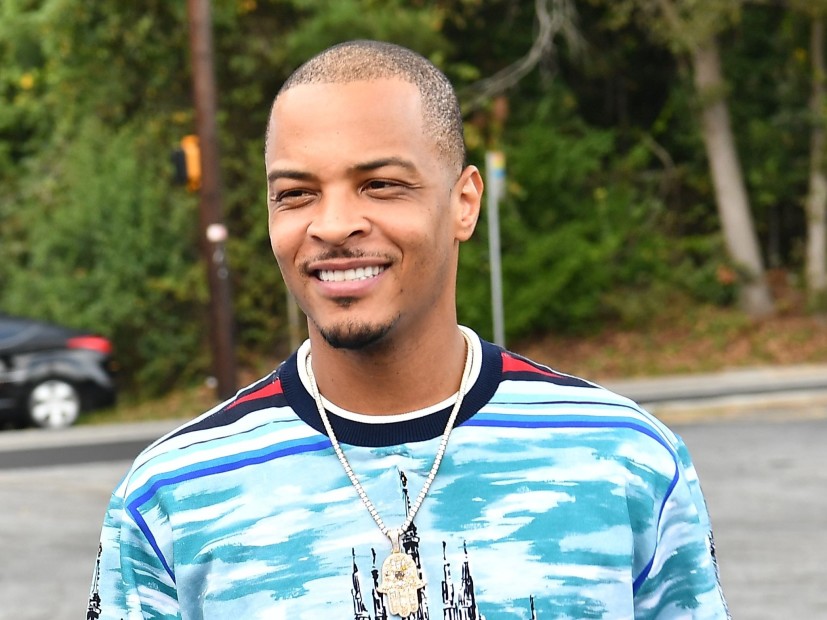 T.I. has finally wrapped up his legal battle with an Eagle’s Landing Country Club security guard. The Blast reports Tip’s assault case has been thrown out after the Hustle Gang boss agreed to a plea deal — seven months after he was initially arrested.

As part of the agreement, Tip entered a no contest plea to a city ordinance violation — or cursing in public — and must pay a $300 fine.

Tip was arrested in May after security guard Euwan James told police he felt threatened by him, which is enough to constitute simply assault in the state of Georgia.

Ch2 was the 1st to confirm the breaking news about TI – Clifford Harris – arrested this morning. I just got my hands on the mugshot. Police charged him w/disorderly conduct & public drunkenness after an argument w/gate guard at his country club residence pic.twitter.com/hDIxrd0KcX

Prosecutors alleged T.I was “yelling profanities at Mr. James, including cuss words and racial slurs, contrary to the laws of this state” and told James “nobody will get you out of this,” causing him to fear for his life.

He was originally charged with three misdemeanors, including simple assault, public drunkenness and disorderly conduct, but the simple assault charge was dropped in October.

With this incident behind him, Tip can get back to focusing on his other endeavors such as promoting his recent Dime Trap album.

[This article has been updated. The last version was published on October 17, 2018 and can be found below.]

T.I. reportedly won a small victory in court this week. According to TMZ, prosecutors decided to drop the assault charge, which stems from Tip’s arrest over the summer. However, he still faces three counts of misdemeanor disorderly conduct and one count of misdemeanor public drunkenness.

The alleged incident occurred in July outside of Eagle’s Landing Country Club near Atlanta, Georgia. Security guard Euwan James wouldn’t allow Tip to enter the residence. Once he finally got inside, the drunken Tip allegedly returned to confront James.

He reportedly told James, “You’re making it worse for yourself, man … You’re gonna have to deal with me.”

That’s when James called the police because he felt threatened, which constitutes simple assault in the state of Georgia.

At least that’s one less charge Tip has to deal with now. [apple_news_ad type=”any”]

[This article has been updated. The original version was published on July 16, 2018 and can be found below.]

T.I. has been charged with three misdemeanors stemming from an altercation with a security guard back in May.

The security guard, Euwan James, was eventually terminated from his position for the way he handled the situation. Tip’s attorney, Steve Sadow, reportedly called the charges “baseless, ill-founded and unjustified.”

“We had sincerely hoped that the Henry County Solicitor had better, more important, things to do to serve the Henry County community than prosecute an African American over a verbal dispute during an encounter with a security guard who was asleep at his post and was unwilling to provide his name to T.I. so T.I. could report the guard’s misconduct to his employer.”

The alleged incident occurred in the Atlanta area outside of the Eagle’s Landing Country Club. James reportedly wouldn’t allow T.I. to enter the premises without a key. Once he was inside, Tip then returned to the guard shack to confront James. The guard called the police because he reportedly felt threatened, which is enough to constitute simple assault in Georgia.

Tip was arrested and taken to jail where he eventually posted a $2,250 bond for his release. [apple_news_ad type=”any”]