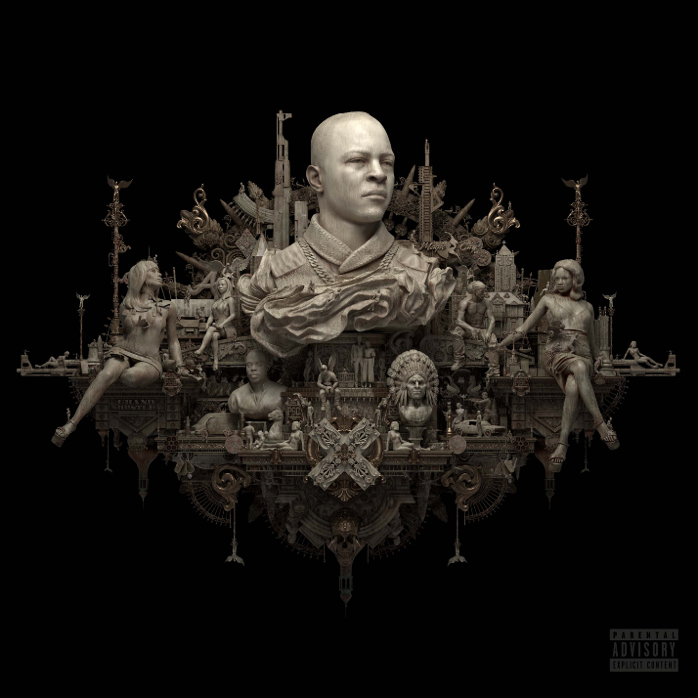 T.I. has often compared himself to 2Pac, and the claim makes sense in that both have touched on enough topics to fill 100 Wikipedia pages. Tip’s 10th proper album, Dime Trap, loudly silences any concerns over what he has left to say. The album functions as a compelling retrospective of T.I.’s life and career while proving he’s far from finished.

Billed as a “TED Talk for hustlers,” Dime Trap‘s thug motivation qualities are evident. “Looking Back” finds the Rubberband Man giving hustlers and civilians some tough love: “Tell me what you gon see when you looking back at yo life/Won’t be worth a damn if you ain’t living it right.” His words could easily come off as judgmental if Tip weren’t so transparent about his old hell-raising habits: “In Vegas, fightin’ police, me and Jeezy and ‘em/Hit the strip, Fatburger, did my thing again/All I do is kick back, blow gas and smile/Reminiscin’ ‘bout the days I was young and wild.” Tip’s front-porch reflections position him as the elder statesman he’s become and imbue Dime Trap with a sense of well-earned wisdom.

Don’t get it twisted; T.I.P. is in full effect. He flows like he’s hitting a speed bag over Bangladesh’s infectious Mariachi beat on “Jefe.” Almost-Grand Hustle signee Meek Mill opens the banger with brashness like “They say we talk about money too much/But maybe they ain’t getting money enough,” to sound more rejuvenated than he’s been since he became a free man. “More and More,” featuring Jeezy, ups the ante with a JazzFeezy and CxMeesen beat that wallops like Ali on Terrell. The cut sounds like it belongs on 2006’s King, but somehow is perfectly suitable in the neo-trap era. Quips like “A hard dick all a bitch got comin’,” prove age hasn’t lessened Tip’s humor and audacity. He and Jeezy are the two seemingly-past-it old guys on the basketball court until one throws up an alley-oop to the other and leaves the college kids with their mouths hanging open.

T.I. has always been well-rounded, and he allows for humility on Dime Trap. “The Amazing Mr. Fuck Up” and “At Least I Know,” which receives a soulful assist from Anderson Paak, find Tip painstakingly detailing his shortcomings in his marriage. Victoria Monet’s subdued, lamenting hook on “The Amazing Mr. Fuck Up” is vulnerable enough to make the hardest gangstas reach for a Kleenex. But it’s Clifford Harris’ casually self-loathing sentiments that have the power to drop hearts into stomachs. “You must work really hard to fuck up this much,” he says to himself, and his words strip Dime Trap of pretense while adding layers of stark humanity.

The Grand Hustle boss has ended his albums with an inspirational joint ever since T.I. Vs. T.I.P., and Dime Trap is no different. “Be There” is fitting in that Tip’s motivational lyricism has been a chin-up to his fans since he was worth a couple hundred grand. However, the song’s airy feel is an inconsistent way to end such a sonically dense album, which would have been better off closing with the defiant “You.”

The album’s ending is a minor gripe, and even the filler knocks on Dime Trap. “What Can I Say” adds little to the project’s depth but remains a head-bobber to those who bask in southern swag. And make no mistake: The composer of “What You Know” is still soaked in charisma. “Big Ol Drip,” finds him narrating his misspent youth over Shawty Redd and Pyro da God’s upbeat, Gospel-tinged keys. The difference is he no longer ruminates with the wild-eyed intensity that makes it seem like he could go back to prison at any moment. He savors the excitement of his past and bows his head in regretful confession. And yet, it’s clear the life no longer holds allure to him as he raps, “Every album I made was a product of pain/You really think you ain’t gon’ change coming far as I came?”

The use of the word “drip” shows how Tip effortlessly balances the slang of modern rap while holding firm to the traditions that got him here. This tightrope walk elevates the album above gem status to be a transcendent affair.

As JAY-Z’s 4:44 raised the bar for grown-man rap, Tip’s latest sets an example for matured vets who still like to get their hands dirty. Dime Trap is dually nostalgic and relevant, and cements T.I. amongst rap’s all-time elite.