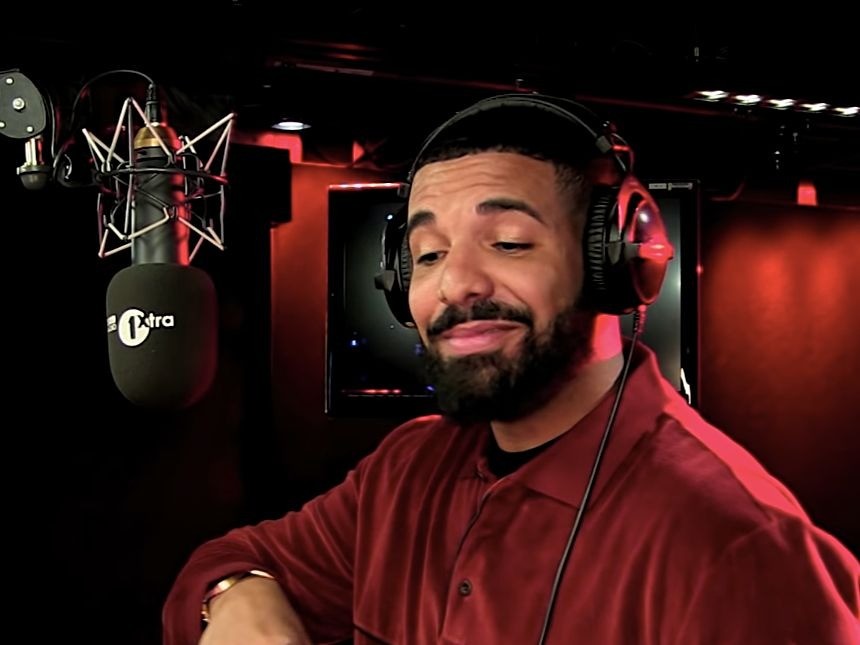 London, England – Roughly one week after dropping the “Behind Barz” freestyle, Drake has returned for another round.

“Goldman Sachs, they wanna hold my racks/Hedge fund investors talk to Adele like he the expert/I hear it in they tone when they address him,” he raps in the first verse. “We way too connected. Tom Ford assistant texted asking if I want classic or double breasted, I flex with/Broad shoulders/When I walk through the halls they move over/Stories about how we handle ours start to travel like a lone soldier/I told you.”

The rap powerhouse continues in verse two with, “Y’all keepin’ the score while watchin’ me score/Y’all keep the awards, I’ll take the rewards/If y’all goin’ for fun, I’ll stay and record/But if y’all goin’ to war I’m there for sure/Wouldn’t miss it … Key West retirement plan/Grippin’ the Callaway club in my hand/Hittin’ balls off of the balcony into the sand.”

Drake was in London after taking DJ Khaled’s headlining spot at the Wireless Festival on Sunday (July 8). While in town, he was spotted shooting a video on a double-decker bus, however it’s unclear for what song. Considering he just released the 25-track Scorpion, it’s safe to assume it will be for one of those cuts.

Check out the “Fire In The Booth” freestyle above and footage of his video shoot below.

It’s just @drake filming on a bus in London. As you do. #drake #music #video #london #doubledecker #bus #fans pic.twitter.com/MXZVG7d3IP