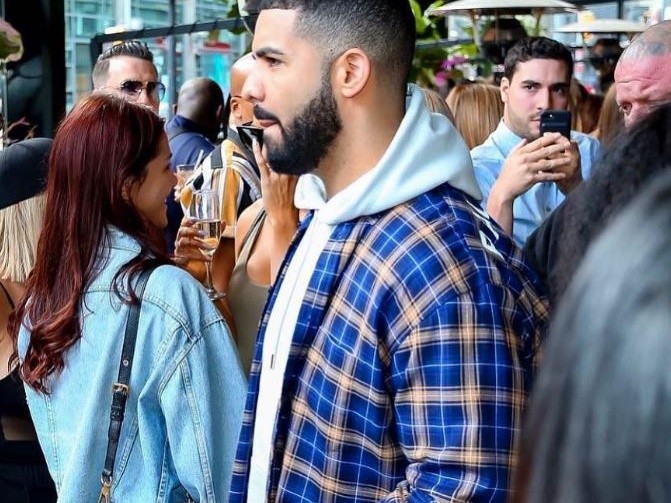 Two music superstars swapped places at the Wireless Festival in London over the weekend.

Among the performances fans expected to see on Sunday (July 8) was one featuring DJ Khaled and friends. Due to what was initially revealed as travel issues, Khaled was unable to make it to the fest and was instead replaced by Drake.

The man with the #1 record in America performed for about 30 minutes, according to the BBC, playing some of his Scorpion hits, including “God’s Plan” and “Nice For What.”

Drake made @wirelessfest history with a surprise performance.

Additionally, the initial reveal of travel issues serving as the reason why Wireless Festival switched out Khaled for Drake came under question after Khaled posted photos of himself on vacation.

Still on vacation!!!!!!!! In this pic me and my son discussing release date for new anthem . @asahdkhaled: dad we fully loaded .. Daddy: of course! I also said son lets enjoy our vacation our fans know we coming FAN LUV KNOW HOW WE DO ! ASHAD : but dad I got the @justinbieber vocals !!! DAddy: IM PROUD OF YOU !!!!!!!!! @wethebestmusic !!!! #FatherOfAsahd MOGUL TALK !

The official Twitter account for Wireless Festival later revealed that Khaled had a scheduling conflict with The Four, a talent competition he serves as judge on, and tried to remedy the conflict for months.

Due to a scheduling conflict related to filming of the The Four, DJ Khaled was not able to commit to perform at Wireless Festival. Although we have known for a few months and tried to make it work, it wasn’t possible.

We take responsibility for not telling fans sooner and want all Khaled’s fans in UK to know he truly looks forward to coming to UK to perform soon.