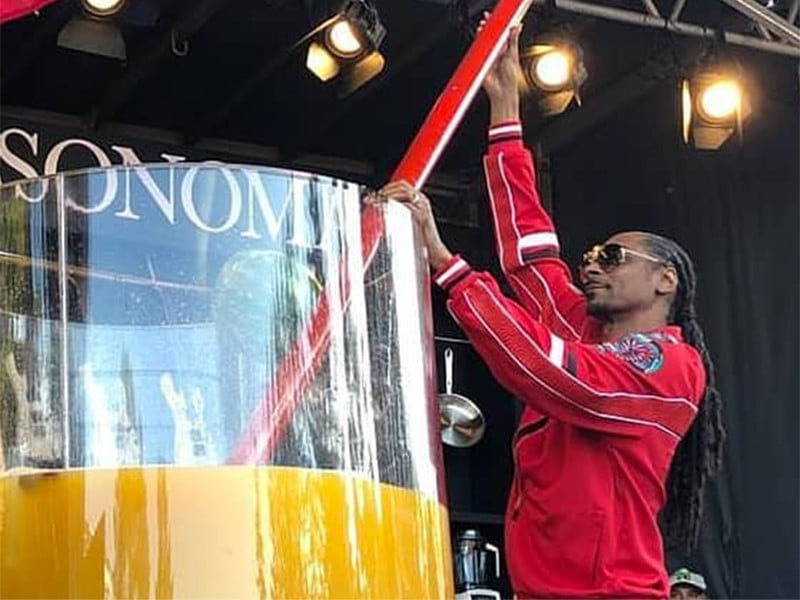 Snoop and Co. smashed the record on the Culinary Stage at BottleRock Napa Valley, a three-day music, food and drink festival in Northern California.

And here it is! Largest cocktail in the world! #largestcocktailintheworld

A representative from the Guinness World Records was at the festival to award Snoop with an official plaque to recognize the achievement.

In my @djkhaled voice another 1

All hands on deck. ? @snoopdogg @mvoltaggio @warreng set the record for world’s largest Gin & Juice (The Paradise ? cocktail). Only on the #WSCULINARYSTAGE. Watch more in our IG LIVE. ? #guinnessworldrecord #BottleRock

In addition to setting a new world record, Snoop hit the festival’s Midway Stage to perform a slew of hits, including “The Next Episode,” “Nuthin’ But a ‘G’ Thang” and “Gin and Juice.”

Bruno Mars, Halsey and E-40 were among the festival’s other performers.