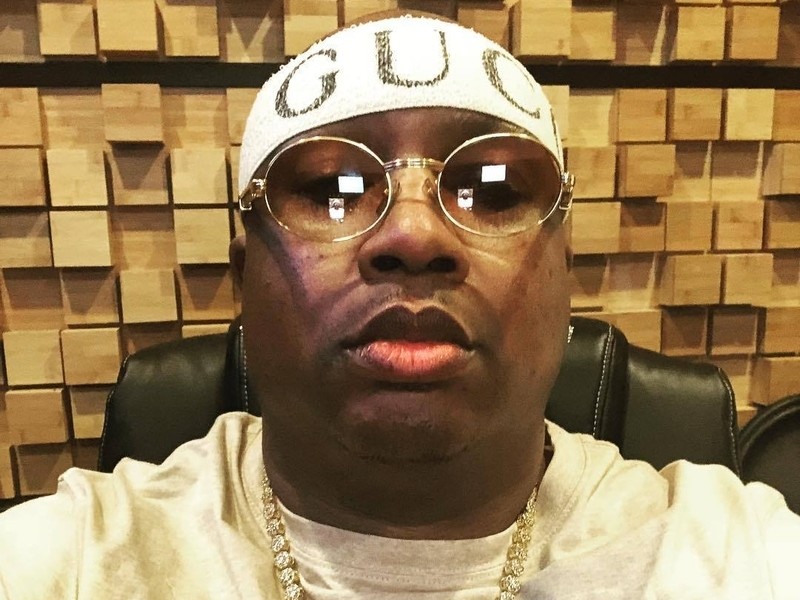 E-40 kicks off The Definition Series by releasing The Gift Of Gab, the first album in his recently announced series of projects.

The legendary rhymer’s latest work is the 25th solo LP of his illustrious career. It follows April’s Connected & Respected, a collaobrative album with his cousin B-Legit.

Check out E-40’s The Gift Of Gab stream, cover art and tracklist below.

[This post has been updated. The following was originally published on August 22, 2018.]

Earlier this year, E-40 announced a new album titled The Gift Of Gab that was scheduled to drop in June. The release date came and went with no LP, but fans are going to hear the Bay Area legend’s latest solo work this summer.

E-40 has declared his 25th solo LP will now be released on Friday (August 24). The West Coast O.G. also revealed a tracklist for the album, which features contributions from the likes of Vince Staples and G Perico to Dr. Cornel West.

The Gift Of Gab will be the first release in E-40’s The Definition Series, which includes three albums in total. The subsequent projects, Rule of Thumb and Practice Makes Paper, are due out by 2019.

Check out E-40’s The Gift Of Gab tracklist below.

[This post has been updated. The following was originally published on May 20, 2018.]

E-40 is living up to his Charlie Hustle nickname. One month after releasing the Connected & Respected album with his cousin B-Legit, the Bay Area Hip Hop legend has announced a new solo album titled The Gift Of Gab.

40 Water’s next LP is scheduled to drop on June 29. The project will be the 25th solo album of E-40’s career. His last solo effort was The D-Boy Diary, which was released as a two-parter in 2016.

No tracklist for the upcoming album has been revealed at this time. E-40 also hasn’t shared a lead single for the LP.

Check out E-40’s The Gift Of Gab cover art below.