Review: Of Course E-40's "D-Boy Diary" Has Too Many Songs But It Still Slaps 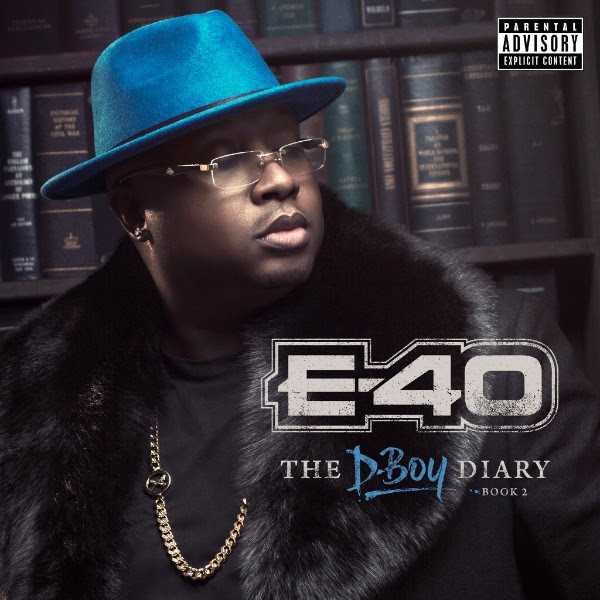 Longevity and Hip Hop aren’t words that are commonly synonymous. There’s keeping your name relevant throughout the years and then there’s being able put out a consistent body of work to match. The Bay Area leads the league in all of those statistical categories thanks to E-40. The dual book D-Boy Diary stands as 40’s 23rd and 24th studio albums and slowing down is not the motto here. But with this latest album set coming in at 44 tracks over the course of three hours, perhaps it’s time Charlie Hustle paced himself a little better.

By the way, that wasn’t a typo. The D-Boy Diaries are an asinine 44 tracks in length, spanning over the course of an entire Lord of the Rings movie. Yep, you can ghostride the whip all the way to Mordor and still have some E Fonzarelli music to spare. That’s the thing about being indie; an A&R to help you vet bad ideas isn’t always ideal. If there’s anyone who could pull it off, however, it’s Earl Stevens. Despite having a rollout longer than a lot of current MC’s entire discography, E-40 shows why he had been able to remain relevant over the past four decades.

When you have the style and vernacular of E-40, the pimp talk and street stories never get old. Tracks like “Straight To the Point”, “Mr. Arm & Hammer,” and “Say So” display 40 in his natural habitat as he glosses over the hyphy production he made famous with entertaining tales of the stroll and hustling. The production throughout Charlie Hustle’s 44-track new opus is indubitably loyal to the Bay Area soil. It’s a delectable mix of gritty and glitz with hard-hitting drums and an energy that’s palpable the way it resonates.

“Another day another dollar, ya bitch want me in her throat like a lozenger/neck game sick she a slobberer, got her coochie hella hot with my thermometer/I been spitting game since I was two, I pack a 22 like Shaq shoe,” 40 Water emphatically spills over the simple bass line and clap on “Stay Away” with Eric Bellinger displays the creative and fun wordplay that has cemented E-40 amongst the legends.

With each passing year, 40 fans continue to get younger, as his music has always been plentiful and the OG stays right in line with what we’ve come to expect with D-Boy Diary. Having so many tracks allowed E-40 to pack this project with potent features without being overbearing but it also serves as a huge area of improvement. (G-Eazy, Kent Jones and K Camp are amongst the fresh faces to attract the younger crowd.) Longtime followers will welcome the length of this album with open arms. For the rest of us who has shit to do, adopting this street journal will take some intense patience. However, regardless of where you land on the tracklist, you will find a plethora of bangers to whet your appetite.