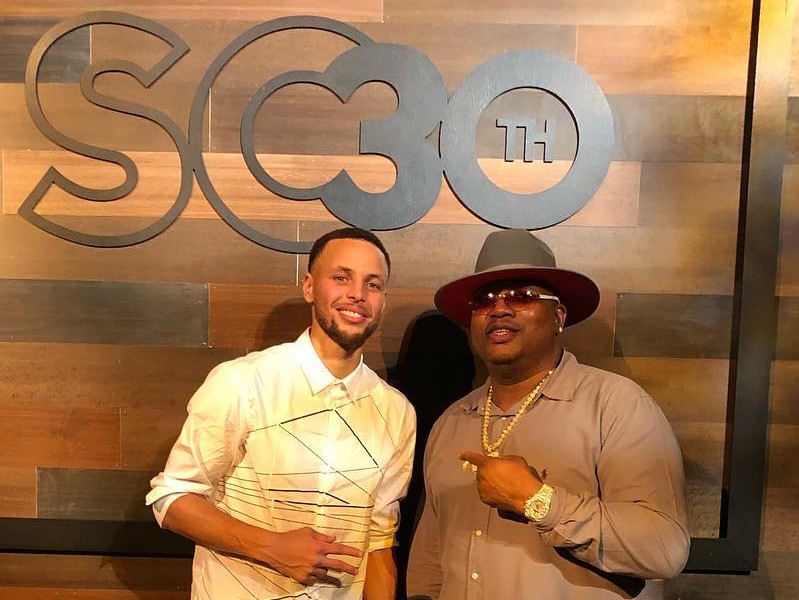 E-40 Dubs Steph Curry's 30th Birthday "One For The Books"

Pro basketball legend Stephen Curry found time in his tenuous NBA schedule to celebrate his 30th birthday and according to those in attendance on the luxury yacht in San Francisco (and zany social media clips), it was quite the surprise party.

Steph Curry showing up to his own birthday party ON A YACHT. pic.twitter.com/IfwW0DhbWw

Klay was having too much fun at Steph Curry's birthday party ??pic.twitter.com/VM7UZS9tBa

HipHopDX caught up with Bay Area Hip Hop ambassador (and devout Warriors lifer) E-40, who was commissioned to perform some of his classics as the yacht party got increasingly turnt.

“You never know when a memory is being created!” 40 exclaims to DX. “And trust me, Steph’s birthday party was a memory for the books! Nothing but down to earth good people, food, beverages, great music, family, fixtures and factors.”

E-40 has been ever-present for his hometown squad’s last couple championship wins, as the team has increasingly become fan favorites of countless figures of the Hip Hop community.

“How many rappers do you know get to party with their favorite NBA basketball team, which happens to be the World Champs?” 40 continued. “You can find me courtside at the majority of the Warriors home games and occasionally some away games. My nickname is ‘Front Row 40’.”

The reigning champs are currently in second place in the Western Conference as the 2018 NBA Playoff picture begins to take shape.

But all work and no play doesn’t always fit the winning mantra.

Check out more glorious highlights from Curry’s 30th “oceanside shindig” down below.

Steph getting fed ribs while sitting on stage while E40 performs “U and dat” ?? pic.twitter.com/CAW4MODXZD

Happy early Birthday @stephencurry30 appreciate your consistency under the spotlight and shout to @ayeshacurry for pulling off an amazing surprise party.