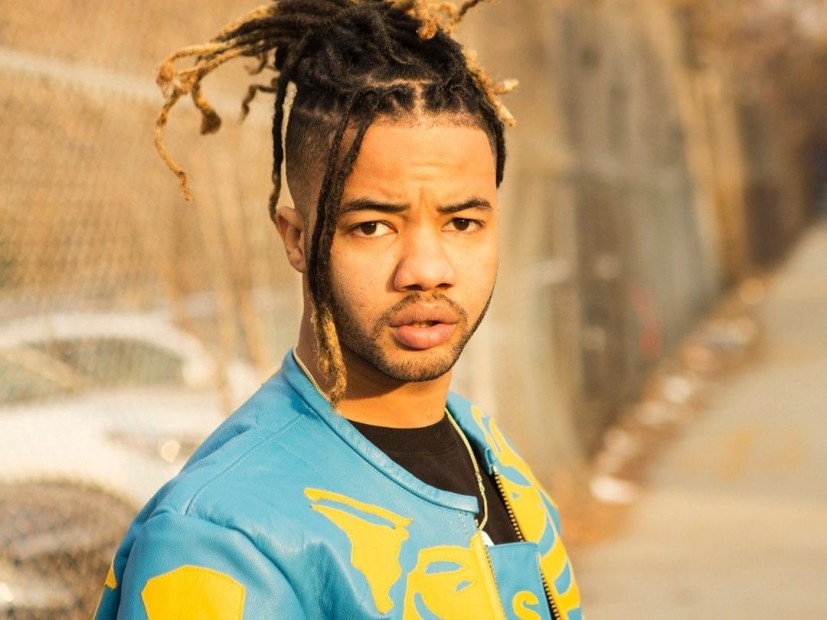 Backstage at The Ogden Theatre in Denver, Colorado, the Pro Era collective has taken over. Chuck Strangers and Powers Pleasant were on deck in support of their fellow Pro Era member Joey Bada$$, who was headlining a show last Thursday (May 17) alongside Buddy and Boogie.

Powers Pleasant, which is in fact his real name, is taking the first steps in establishing his own solo career. The Brooklyn native has been Joey’s tour DJ and producer for years but with the release of “Pull Up” featuring A$AP Ferg and Joey, he’s stepping out of the shadows.

The “Pull Up” video was released roughly two weeks ago and is currently sitting at over 1.2 million YouTube views. Powers is readying his inaugural EP, which is expected to arrive sometime this summer.

Although Powers didn’t reveal the EP’s title, he did talk about a few of the special guests expected on the project.

“I got Joey, A$AP Ferg, Underachievers, Flatbush Zombies, Jay IDK and Denzel Curry, but I’m just going to keep it at that for now,” Powers tells HipHopDX. “We gonna see when it’s going to come out. I still haven’t decided yet but it might be something that’s been kinda of reoccurring in my atmosphere. That’s all I can say [laughs].”

Pro Era is also gearing up for the fourth official STEEZ Day in honor of Capital Steez who took his life in 2012. Losing him was obviously hard on everybody in the collective.

“We’re all brothers and friends,” he says. “That was the first brother I ever lost in my lifetime, so of course it was devastating. I don’t know if it drastically changed my life, but it was a moment where I learned to cherish everybody in your life. Let them get the rose when they can still smell them.”

STEEZ Day 2018 goes down on July 8. They never could have predicted the magnitude of the first one, which really wasn’t supposed to be a festival.

“The first STEEZ Day we did was like a picnic in Prospect Park,” he explains. “The day before, we were just like, ‘Fuck it. We’re going to do this and make it happen.’ Like 5,000 people showed up. Cops didn’t come and shut us down. It was just all love. We were smoking weed and drinking but not disrupting the peace or anything. We were just enjoying yourself for Capital Steez. It was a great experience.”[apple_news_ad type=”any”]

Strangers adds, “It’s amazing. It doesn’t bring him back and shit, and sometimes it’s a little emotional for me, but it’s just dope to me that it’s almost like a holiday. The very, very first one wasn’t even a concert. We were just like everybody link up at Prospect Park in honor of STEEZ and so many fucking people came out. It was incredible.”

Proud to announce I'll be hitting the road w @joeybadass & the Big Homie @ws_boogie this spring. Comment what city your in, I'm going everywhere this time! ?

As the AmeriKKKana Tour continues, Powers is basking in the opportunity to do music for a living.

“In high school, when we started Pro Era, we were all like-minded individuals,” he says. “We kinda said we’d be doing everything we’re doing now. You kind of half believe it but when it actually happens it’s like, ‘Wow.’ It went from being a dream to an occupation, and it happened so fast. I love doing it so I can’t even consider it a job. It’s crazy I can support myself and get paid for things I used to do for fun. It’s mind boggling. It’s a blessing. It’s kind of like the secret to life.”

“All of his accomplishments are great but it was more like, ‘Wow you can actually do it,'” he says. “You sometimes can’t believe it until you see somebody else do it. Coming where we come from, it’s amazing. I’m not the next anyone but I’m the first Powers Pleasant [laughs].”[apple_news_ad type=”any”]