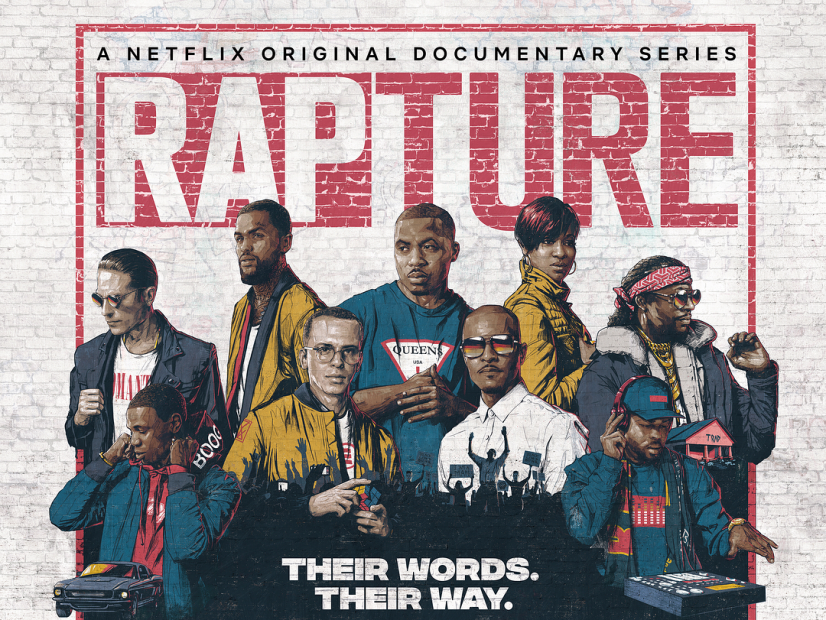 Netflix and Mass Appeal released the official soundtrack for the Hip Hop documentary series Rapture on Friday (May 18).

Released in March, the eight-part series jumped into the world of Hip Hop and featured stories from Dave East, Nas, Logic, G-Eazy, Rapsody, 2 Chainz, T.I., Just Blaze and A Boogie Wit Da Hoodie. The series — directed by Sacha Jenkins — took viewers into the artists’ lives while they were on tour, making music, and spending time with family and friends.

Now, Mass Appeal and Netflix have taken Rapture to the next level with an official soundtrack. The six-track project features Logic’s “State of Emergency” with 2 Chainz (originally on Bobby Tarantino 2) and new music from G-Eazy with Just Blaze, Dave East with A Boogie Wit Da Hoodie and three more new tracks.

Check out the stream, tracklist and cover art below.