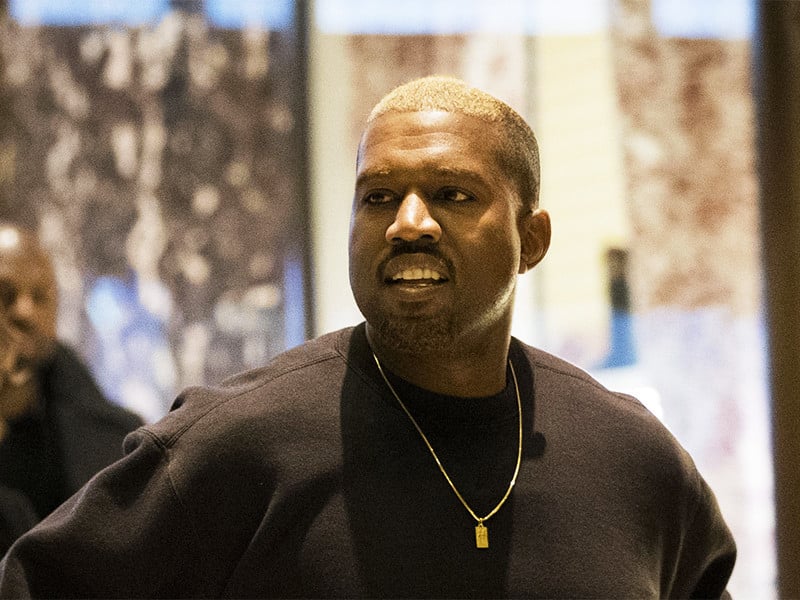 Following Kanye West’s latest batch of controversial remarks, the response from the general public has been unsurprisingly swift.

Members of the Hip Hop community have also been quick to voice their thoughts on ‘Ye’s statement that 400 years of slavery sounded like “a choice.”

Shortly after making the statement, Kanye hit Twitter in an attempt to clarify his words and lamented that he was being attacked for his ideas.

the reason why I brought up the 400 years point is because we can't be mentally imprisoned for another 400 years. We need free thought now. Even the statement was an example of free thought It was just an idea

A new report from TMZ also cites an anonymous source close to Kanye suggesting his comments could be a result of him going off his medication. Kanye’s reportedly supposed to be taking three unspecified pills a day, but the source said he’s self-regulating his doses and only taking one or two pills a week.

T.I., who appears alongside Kanye on the recently released “Ye vs. The People,” was left wondering “WTF” after seeing a clip of the Chicago musician on TMZ on Tuesday (May 1).

“Yoooo WTF bro!?!?!?I’m scratching my head like a muuuufucka now cuzz!!!!,” T.I. wrote in an Instagram caption to a video clip of Kanye.

Newly free Meek Mill quoted Kanye lyrics from 2007’s “Can’t Tell Me Nothing” and shared a photo of Kanye with the words “R.I.P. ‘Old’ Kanye.”

To whom much is giving much is tested …. get arrested I guess until he get the message.. I feel the pressure under more scrutiny and what I do “act more stupidly” ??‍♂️ #oldye #wemissyoubro them bars touched me in my cell!

During an appearance on Good Morning Britain, will.i.am flat out stated that Kanye’s slavery comments strongly impacted him given his family’s history.

Snoop Dogg, who has previously called out Kanye over his behavior, briefly addressed the rapper’s latest remarks.

Lupe Fiasco also offered his own take on slavery being a choice, stating that “Slavery was a choice. Because you either had the choice of death or work.”

#Choices part 4 Of 3…Last one promise…The Choice Of The Choiceless…?? pic.twitter.com/GZTlgvGC4z

Check out some more reactions to Kanye’s comments below.

I’ve had it with @KanyeWest + @RKelly using the imagery of lynching as rebuttals re: their dastardly behavior. Evoking racial terrorism and murder for personal gain/blame is stratospheric in is audacity and ignorance. This is what lynching looked like. How dare they? pic.twitter.com/wfobcdjiKL

I woke up this morning & i prayed 4 @kanyewest although slavery was NOT A CHOICE… LOVE IS. So please choose love, choose healing, choose stregnth, choose mercy, choose GOD! All he needs is to do do is embrace humility. Stop worshiping the false idol (himself) and worship GOD.

its not & never was by choice.

This wickedness was done by force & strategic conditioning.
& education deprivation is at the root.

The fact that the USA builds prisons & not schools, is not our choicehttps://t.co/eCSLcypo5W