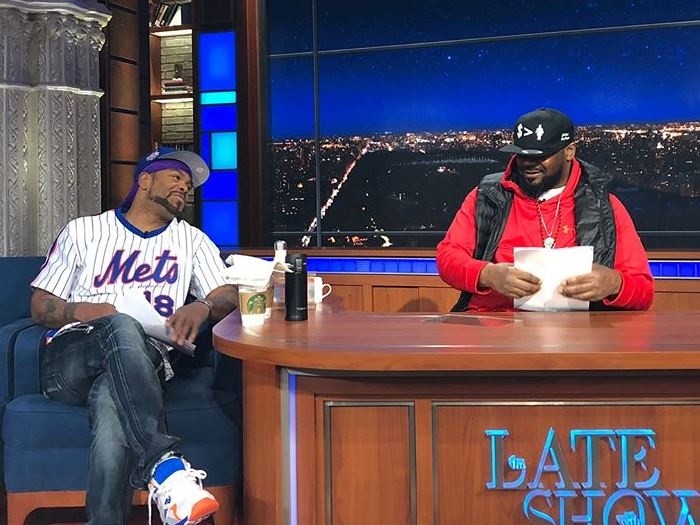 Members of Wu-Tang Clan appear to be bringing out the big guns in their quest to regain ownership of their Once Upon A Time In Shaolin album, which previously sold for $2 million.

The near-mythical, one-of-a-kind album has been in limbo ever since the U.S. attorney’s office ordered its confiscation from its lone purchaser, Martin Shkreli. A report from earlier in April stated that Shkreli hadn’t handed it over yet pending the appeal of his conviction.

Either way, Ghostface Killah and Method Man recently snapped it up with Former FBI Director James Comey in a photo taken backstage at The Late Show With Stephen Colbert and shared on Tuesday (April 17). Ghostface’s caption stated that he and Meth were “workin on getting that album back from the feds.”

Ghost and Meth also poked fun at the album’s ongoing saga during their appearance the show, debating with a Keebler Elf version of Attorney General Jeff Sessions.

“Every minute I spend listening to your dope rhymes is a minute I’m not hearing Donald Trump calling me ‘weak and disgraceful,'” Colbert said in the voice of Cookie Sessions during the sketch.