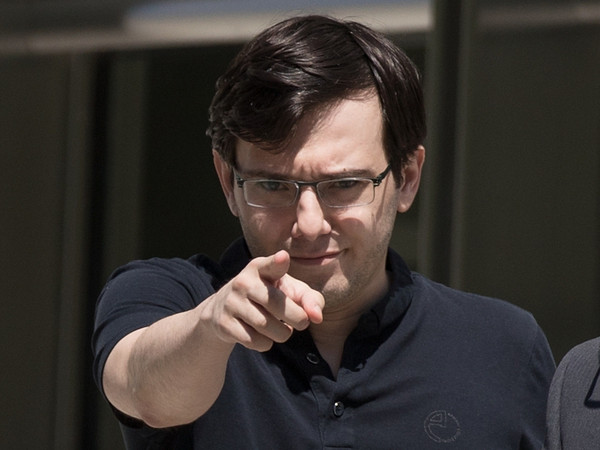 Martin Shkreli's Wu-Tang Clan Album Might Get Seized By Feds

Brooklyn, NY – As Martin Shkreli sits behind bars at Brooklyn’s Metropolitan Detention Center, prosecutors on his securities fraud case asked Federal Court Judge Kiyo Matsumoto on Thursday (November 30) to seize $7.4 million in assets from the infamous “Pharma Bro,” according to CNN Money. That includes his $2 million Wu-Tang rarity, Once Upon A Time In Shaolin.

#BREAKING the government wants Martin Shkreli to hand over the Wu Tang album in forfeiture (!!!) pic.twitter.com/bOzWjlLeOx

In September, Shkreli put the one-of-a-kind album on eBay. Initially, it looked like there was a winner who bid just over $1 million, but as the plot thickened, it turned out Matt “M-Eighty” Markoff — a longtime Wu-Tang affiliate — was in the negotiating stage to make the purchase final.

But a wrench was thrown in the plan when Shkreli’s $5 million bail was revoked following a Facebook post that offered $5,000 to anyone who could get a strand of Hillary Clinton’s hair. Consequently, he was arrested again.

That didn’t stop Markoff. Even with Shkreli behind bars, they were able to communicate and were seemingly days away from finalizing the deal. With this latest development, it’s highly unlikely anyone will get their hands on the album.

“I would rather see the Feds seize the album than let it just sit at Martin’s apartment next to his stash of Playgirl magazines, or in his safety deposit box alongside his collection of rare Magic The Gathering cards and Pogs,” Markoff tells HipHopDX. “It’s more likely I could get the album from the Feds at this point than from Martin who promised me in writing on more than one occasion that the album and its contents would be transferred to me prior to now.

“But of course none of these writings would hold up in court for me to actually receive transfer of the album since all of his most recent correspondence to me would hold no legal weight as a man incarcerated legally can’t do a god damn thing,” he continues. “To be honest with you at this point, I would be shocked if Martin actually was still in the possession of the album for the Feds to find and seize.”