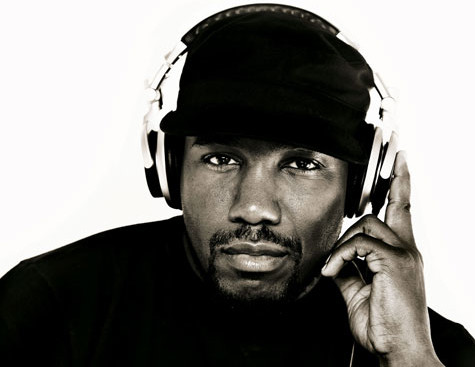 Although Chuck D contributes to PE 2.0’s overall vision, Jahi is adamant they’re friends before anything else.

“Chuck’s not a co-sign or someone who I’m transactional with around the music,” Jahi tells HipHopDX. “We are connected to a brotherhood. Prophets Of Rage has been a joy and high level work for Chuck, and I’m just happy to see him do it. People call a lot of names when they talk about G.O.A.T.[s] in Hip Hop but the fact is Chuck D has been on, I think, 110 world tours. He smashes stages with giants like B-Real, Rage Against The Machine and DJ Lord.

“Prophets Of Rage has been only helpful because as a student of Hip Hop and stage rocking there is always a lot to discuss. I think time and dedicated resources to our label and vision musically is a challenge for us all but overall Chuck has done what he always does — provide good counsel, support, and empower you to lead on your own.”

On Friday (April 6), PE 2.0 released the new album Nation Builder, a nine-track effort featuring Chuck D. It’s the first album Jahi recorded on his own, which he calls a “new joy and healthy challenge.”

“I didn’t allow my pen to be reactionary to the current state of affairs in the United States,” he explains. “I know being in the Public Enemy family, it’s a given we are going to talk global affairs, politics and injustices. But Nation Builder is also a celebration of being in my 40s with a career as a MC on my own terms to set up the nation I want to see.”

Throughout the album, Jahi touches on sociopolitical topics. He calls for a boycott on Facebook, talks about the deportation of Haitians, climate change, prison crisis, police brutality, insufficient school systems, homelessness and the current state of Hip Hop.

“It’s always important to me as the lane I occupy inside the culture,” he says. “I have a different view of the social political landscape. I don’t see it as so much as a mess as a continuation of systems and structures that do not work in the people’s favor. But out of that, every time builds new movements of resistance, new people become woke and another level of self-determination arises. I always wanted to make music for the people on the front lines. This is what Nation Builder is all about.

It’s not an entirely a serious affair. There are also celebratory songs like “B.L.A.P.” where Jahi raps, “It’s not all struggle and sacrifice/ It’s also about love and long walks at night.”

“I happily have a 18 year career in Hip Hop,” he says. “I’m not going to allow myself to be reactive to the energy of the day. Nation Builder is an intentional record to continue to do what I’ve always done — social commentary over boombap for the global populace.”

Check out the Nation Builder album stream, cover art and tracklist below.