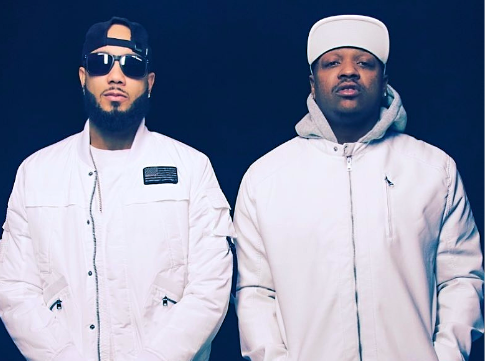 Featuring 14 tracks, the album boasts appearances from Strange Music head honcho Tech N9ne, fellow labelmate Krizz Kaliko and PHresher, among others. The title of the project was inspired by ’80s video game Contra.

“It had two dudes running and gunning,” JL reveals to HipHopDX. “That sparked something for me, with two dudes being in the game. As we started making music, we were discussing ideas and Tech actually was the first one to say ‘Kontra-Band.’”

Stone and JL forged a bond while in Los Angeles promoting their respective projects last year and decided it was the perfect time to get to work.

“We’re just kindred spirits, man,” Stevie Stone tells DX. “The stars aligned and we went in there and were surprised. It just came like water. We vibed real well and bounced off each other real well, and came up with a dope project.”

To mark the occasion, the Strange duo has shared a video for the album’s lead single, “Groomed By The Block” with PHresher who appeared on Eminem’s “Chloraseptic” and its subsequent remix featuring 2 Chainz.

“We all came from situations that were hood, that were grimy,” JL says. “It’s a really catchy song. It’s a nice dynamic. It’s three different artists that are completely different, but meet at a nice, dope place.”

The full album is expected to arrive on April 20.