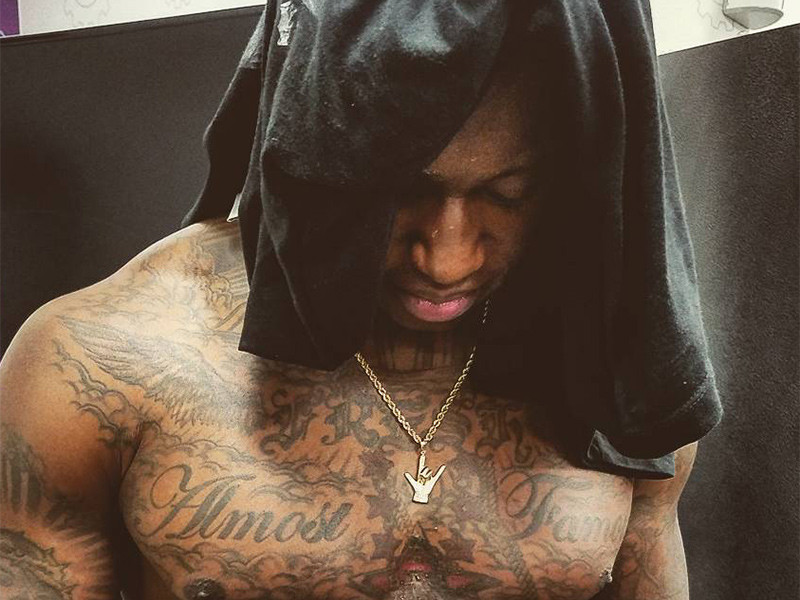 Keeping a secret is no small feat, especially when it’s a game-changing secret that could quite possibly take your career to a whole other level — just ask Brooklyn’s PHresher. Three months ago, Eminem met the rapper in a New York City studio to record “Chloraseptic,” the lone Hip Hop collaboration on Slim Shady’s much-anticipated return album, Revival.

“I knew everything,” PHresher tells HipHopDX. “By the time they came, by the time we were ready to record, I knew exactly what was going on … [I knew] who was on it and how big it was.”

Being the only Hip Hop feature on the upcoming LP drew some criticism but more so curiosity.

“I mean, if you asked someone to pick who doesn’t belong, everybody would take me … the rest are people that are stable in the game,” he says humbly.

However, the collaboration is far from PHresher’s first major feature. His breakout single “Wait A Minute” was remixed by notable names such as 50 Cent, Remy Ma and Royce Da 5’9. It was the latter that put Eminem on to him, leading Paul Rosenberg to make the actual introduction.

“Like, everybody is either going to love me or hate me after that, you know, but they’ll know who I am,” he says.

Thus far, it appears the industry is going with love. The feature hasn’t even been heard by the masses yet, and it’s already opening plenty of doors.

“I got my mixtape dropping in January, titled PH. Right now, I’m getting a bunch of features,” he says, “Everybody’s willing to work with me. They said, ‘The legend is working with him, [so] there is something about this kid.’ [Eminem] has opened up a lot of doors for me … a lot of label talk. It’s a lot of everything going on right now. Business is booming,”

When asked to divulge the features on PH, PHresher is quick to respond, “Secret, secret, secret, secret.” When pressed, he revealed both Waka Flocka and Trippie Redd have verses on the project. Considering the star power he’s worked with this year alone, such as Hip Hop’s breakout star Cardi B, it’s a good bet he’ll have a high-powered tracklist.

2018 is going to be a big year for PHresher, and he doesn’t plan to let the momentum go to waste. On top of his mixtape, a likely label deal and an official debut album, he’s also launching a production company.

“Got a couple of artists that we’ve been working with,” he notes. “[Going to] give them a shot at this rap thing.”

For fans who’ve been following the Brooklynite since “On The Low” with his one-time collaborator Desiigner, it’s been quite the come up to witness. And for those just learning about him now, that’s ok, too. Either way, he’s thankful.