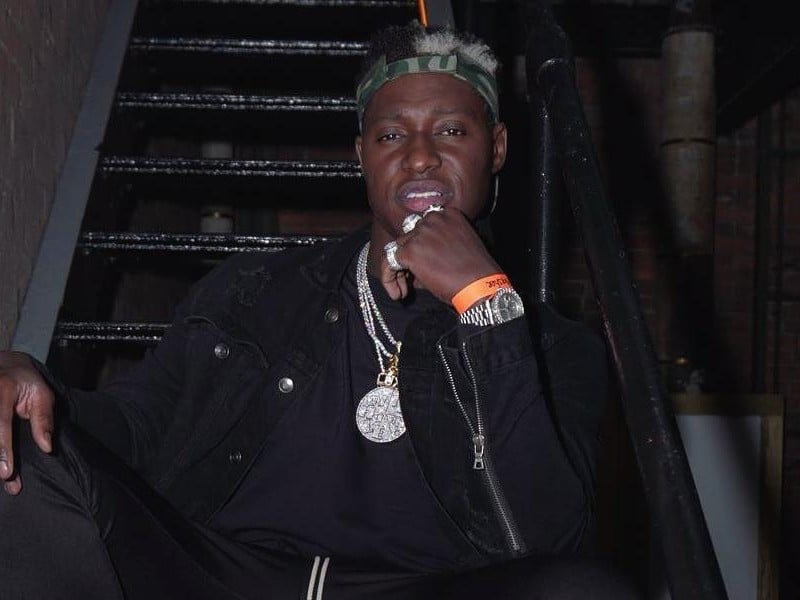 Phresher Explains How He Landed Guest Spot On Eminem’s "Revival"

Eminem seems to be handling all the heavy lifting on the rap side of his ninth studio album, Revival. But he did recruit one relatively unknown spitter, Phresher, for the sole rap feature on the upcoming LP. In a new interview with ThisIs50, Phresher discussed the experience of being summoned to work with the rap legend.

The Brooklyn native revealed that Eminem learned of him after Royce Da 5’9 remixed Phresher’s 2016 viral hit, “Wait A Minute.” Upon hearing the original single, Slim Shady’s team reached out to the 28-year-old rapper, asking him to record a hook for Revival.

Describing the recording process, Phresher explains how Em flew to New York for just eight hours with the “Chloraseptic” track already finished, save for PHresh’s hook. Em was thrilled after hearing Phresher lay down the hook and harmonize with it, asking if he could also record a verse.

“The conversation with him was like, he’s telling me how much he appreciates my music, and I’m like, no no no, understand you’re my favorite artist,” Phresher recalled. “He had said, ‘Get away, one on one, me and you need to have a talk,’ and that’s when I knew that I was here, and I was really doing something.”

The up-and-coming rapper repeatedly called Eminem his favorite artist and referred to this placement as an honor and a blessing.

Phresher has been releasing music since 2010 and rose to prominence after “Wait A Minute,” which was remixed by artists such as RiFF RAFF, Desiigner, 50 Cent and Young M.A. He has also collaborated on tracks with Desiigner and Cardi B.