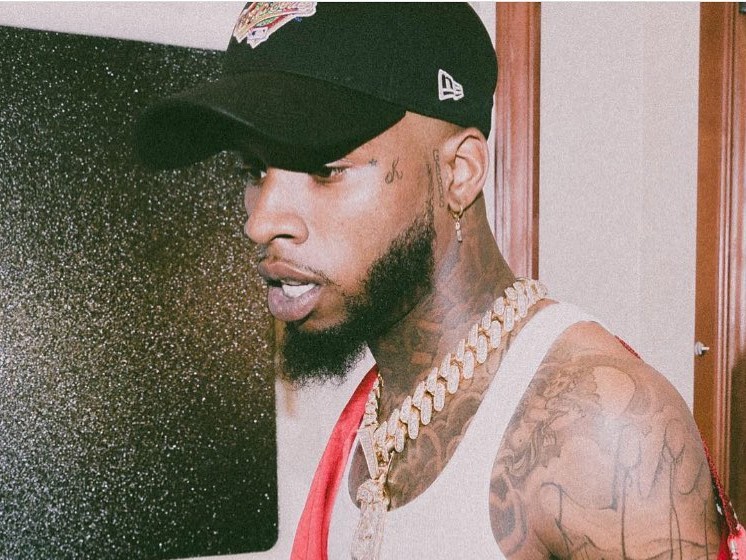 A new video has emerged online showing an old dispute between Tory Lanez told Travis Scott. The confrontation was over a tweet of Lanez saying he can’t sound like somebody he wrote for in the past. Lanez claimed to have ghostwritten for Scott in a 2014 interview.

The song that sparked everything is Lanez’s “Litty,” which has drawn comparisons to the Astroworld rapper. Scott confronted Lanez about what the Toronto artist had to say while the two were at the Mala Luna Music Festival in San Antonio, Texas in 2016.

In the video, Lanez blames the media for blowing his tweet up the way it did. His remarks were followed by an invitation to box.

Scott says that’s why he’s here to which Lanez responded by asking everyone in the trailer to clear out so they can shoot the fade.

EXCLUSIVE: #TravisScott and #ToryLanez exchange some words in person and almost fight it out! ? (Tory Lanez referenced this on his new album) @torylanez @travisscott #WSHH

Lanez has made no secret about nearly coming to blows with Scott, explicitly referencing the confrontation on his Memories Don’t Die track “Hate To Say.”

“Me and Travis Scott almost fought at the Mala Luna,” he sings. “We both agreed shortly after that it was music/That we could be possibly doing that bigger than tryna ruin it/So my apologies, nigga, just forgive me for doing it.”

Lanez is currently on tour in Europe following the release of his sophomore album Memories Don’t Die, which debuted at #3 on the Billboard 200. Scott is reportedly headed to Wyoming to create new music with Kanye West.