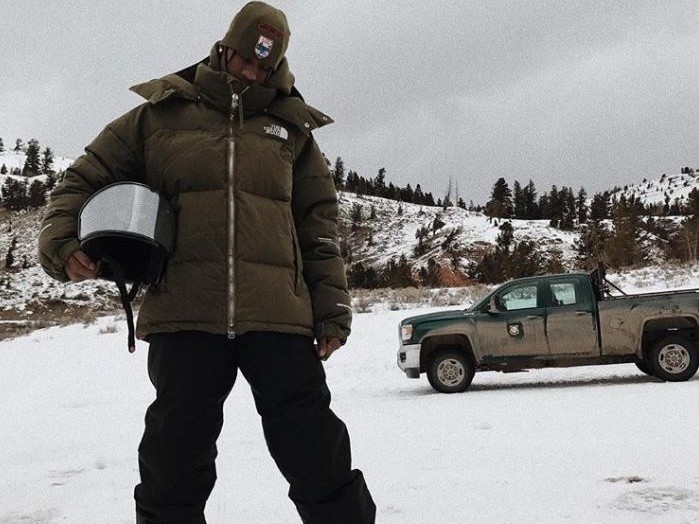 Kanye West is back in Wyoming to put the finishing touches on his next studio album and he’s reportedly recruited a few of his famous friends for his latest visit to the Cowboy State.

According to TMZ, Travis Scott is among the artists Kanye invited to Jackson Hole, Wyoming to work on his new album.

Photos of Travis in what appears to be a snowy Wyoming have surfaced online. Additionally, Travis’ manager also uploaded photos from Jackson Hole to social media.

Seems like Kanye and Travis albums are getting closer… pic.twitter.com/DDj3Up7Pwd

Travis Scott’s manager posted this from Jackson, Wyoming today. Thanks for the heads up @bathingsupreme_ pic.twitter.com/13aZ2i2isz

In addition to Travis, other artists who have been spotted in Jackson Hole via social media include Kid Cudi, Nas, Pi’erre Bourne, A$AP Bari, King Louie and The-Dream.

The Dream has also been in Wyoming. Pictured here with King Louie. pic.twitter.com/IiTkTs7yyN

Cant freeze the wave tho ?

Unsurprisingly, all of the artists mentioned have remained fairly tight-lipped when it concerns work on any potential collaborations with Kanye.

‘Ye first began making his musical pilgrimage to Wyoming back in 2017. At one point, he was reportedly joined by Pusha T who offered some assistance in helping Kanye find his “creative groove.”