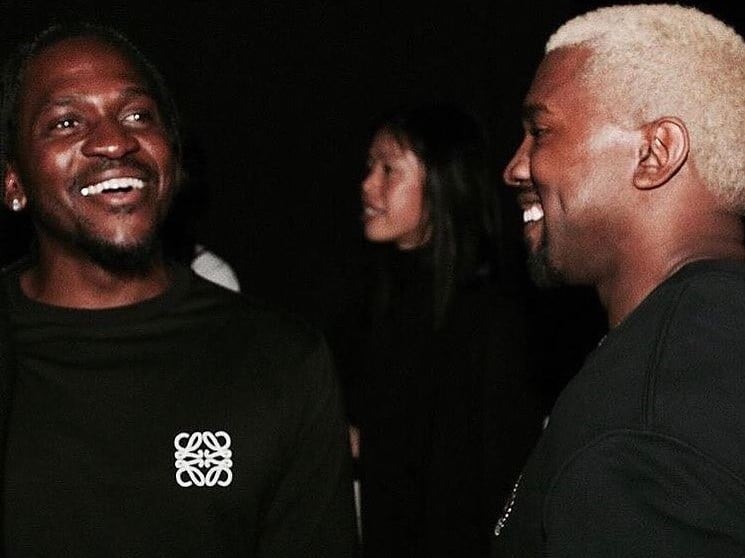 Rapper-turned-mountaineer Kanye West is attempting to kill any excess noise during his time spent in Wyoming, according to an anonymous source.

The Chicago wordsmith has even reportedly recruited the help of longtime collaborator Pusha T and others in finding “his creative voice again.” The source explained the Clipse spitter/G.O.O.D. Music president, who has visited West in Wyoming, serves as a beacon of inspiration for the musician.

“He’s far from any noise,” a source revealed to Page Six. “He’s far from Hollywood and is very isolated right now. He wants to get back into his creative groove. Pusha T has been visiting. He inspires Kanye to write. Kanye’s trying to find his creative voice again, and he has people there to help him get, and stay on track. He’s still a little off and is trying to get himself back.”

While one source revealed that West is “still a little off,” another source reportedly close to the rapper claims his studio stint in Wyoming is just ‘Ye being ‘Ye, and that he’s sticking to a “pattern” he knows well.

The source took note of the fact the rapper has found seclusion in Hawaii, Mexico and other locations when working on new music.

“That’s his pattern,” the source said. “It’s what he ­always does. He goes away. He’s done Hawaii, Mexico, Paris, Malibu…it’s what he’s always done. He’s not in some ‘struggle’ to find his creative voice. Any creative endeavor he’s done, there’s a start to the process and he wants to figure out what he talks about. It’s a creative journey every time and he starts from scratch.”

West’s Instagram and Twitter accounts went dark earlier this month, and he’s been laying relatively low. His time in Montana seems to fit in well to his current mode.