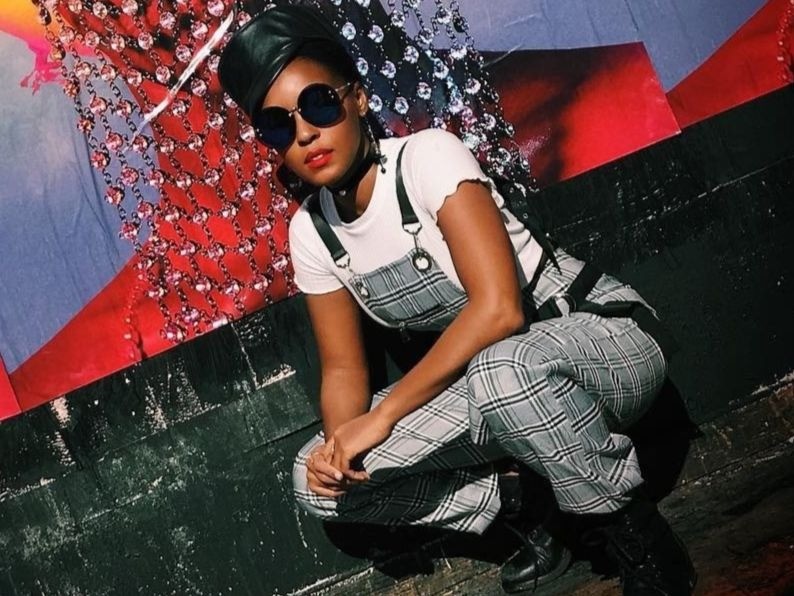 As an actress, Janelle Monáe is well known for her roles in films like Hidden Figures and Moonlight. As an artist, she hasn’t released a full-length solo album since 2013’s The Electric Lady. But that’s going to change on April 27 when she unleashes Dirty Computer.

During a recent interview with Zane Lowe of Beats 1 Radio, Monáe admitted she has a lot of fear surrounding the album’s release.

“You know what, I’m going to be 100 percent honest — I’m scared,” she said. “I’m actually terrified. I mean yeah, it’s such an honest body of work and I don’t know how people are going to react to it, Zane. I really, I don’t know. Just the thought of it is kind of freaking me out a little bit but I feel like it’s something that I need to do. It’s something that I always knew I needed to do and it’s going to happen. The album is going to happen, it’s coming. You know all I can say is at least I’ve been very honest. That’s all I can really do as an artist.”

Ahead of the project, Monáe has dropped two videos for “Make Me Feel” and “Django Jane,” two of 14 tracks on the new record. Monáe talked about how “Make Me Feel” came together.

“We recorded it at my studio, Wonderland Studios in Atlanta, Georgia,” Monáe said. “We had to keep it where it was funky. We were just up all night, you know, in the groove you know in the pocket. And one of the things that I love is that this song captures the fun that I love having you in the studio. The freedom that I love having. The freedom that I talk about. I hope that it comes across as such that I was able to capture that freedom and that fearlessness about embracing your uniqueness and who you are and doing it with the people you love.

Elsewhere in the conversation, the 32-year-old revealed she always knew she had to make a highly personal project like Dirty Computer. She came up with concept before her 2010 album, The ArchAndroid, even came out.

“I actually had this title on this concept before my first album The ArchAndroid and it scared me because a lot of the things that I knew that I needed to say were very deep, very personal, from the heart,” she said. “You know this is an extremely vulnerable album and it took me a while to make it because I’m a self-editor. I self-edit myself a lot. I’m like, ‘I don’t want to talk about this, I don’t want to talk about that.’ I had to kind of have people at Wonderland on my team to hold me accountable to it. They were like, ‘Ok, you said you wanted to make this album before your first album. This is the opportunity for you to just really choose honesty over mystery.’

“I know that there are a lot of things that I haven’t discussed and I think this is the album that you’ll get an opportunity to get a closer glimpse into my mind and into my heart.”