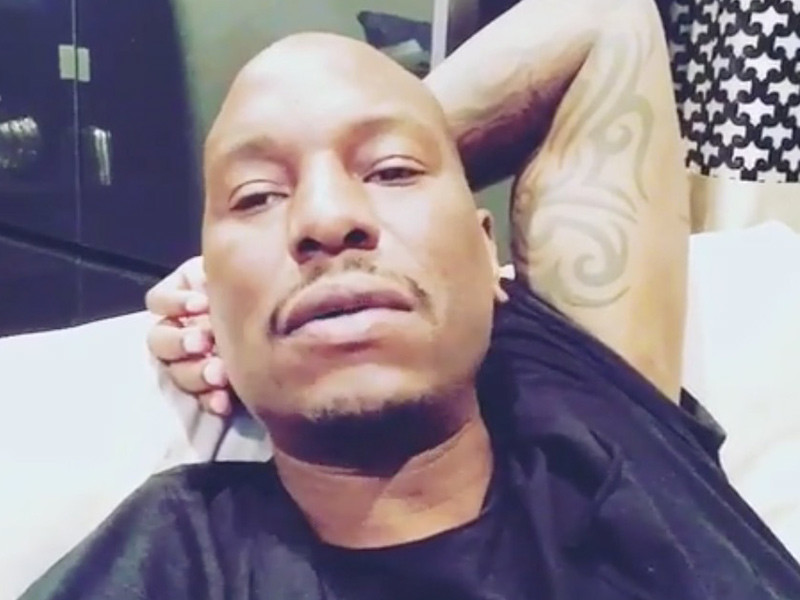 While appearing on The Ed Lover Show, Tyrese confessed that he both looked and felt crazy in his recent batch of bizarre posts on social media.

The singer/rapper/actor appeared on the radio show to offer some clarification on his behavior as of late. He revealed that what set everything off was when he woke up in September, and his ex accused him of abusing his daughter.

“I really wanna give the people some clarity to some of this stuff,” Tyrese said. “‘Cause it all looked crazy. It felt crazy to me while it was happening. And while I was dealing with it. But the truth of the matter is I woke up on September 11. And I woke up to some accusations from my ex that I had abused my daughter. Because I spanked her. I’ve only spanked my daughter two times in 10 years … This attack included a restraining order … I went 87 days without my one and only child.”

The Los Angeles County Department of Children and Family Services reportedly dropped the investigation in November.

Tyrese explains that his team recommended he take something that would “stabilize” him at the time. From there he began taking Rexulti, a drug used for treating schizophrenia and depressive disorder.

He believes that the medication was behind his off-the-wall behavior, and got rid of it.

“When I discovered that it was the Rexulti that was messing me up, I literally dumped everything in the toilet,” he said. “And so, once I dumped it in the toilet that’s when I cleaned everything up … Just like y’all at the crib, I’m now looking at all my posts on Instagram and Facebook. I’m looking at my posts like ‘Yo, what the hell just happened.'”