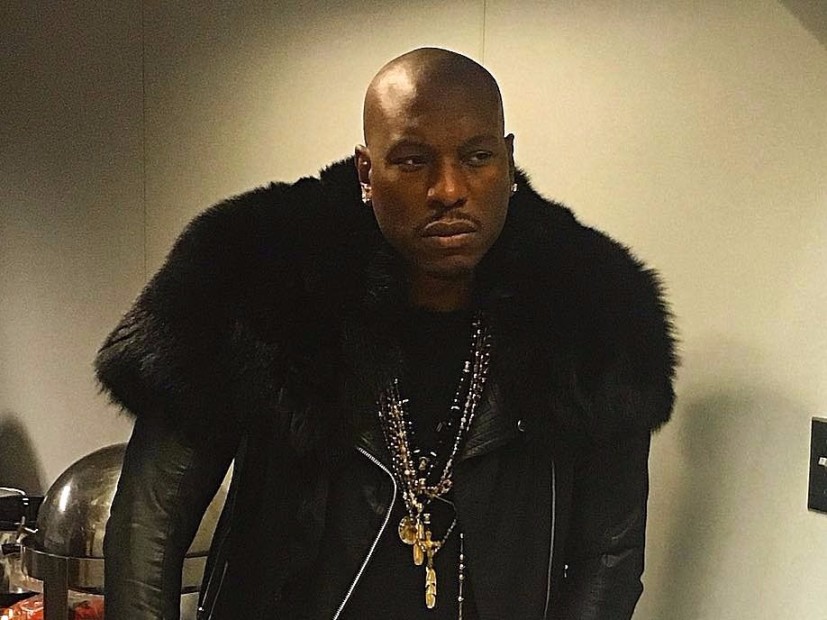 To say that the past few week have pushed actor and singer Tyrese Gibson to his breaking point would be an understatement. Currently locked in court battling his ex-wife Norma Gibson for  custody (among other things), Tyrese was being investigated amid allegations he’d hit his 10-year-old daughter Shayla.

En route to court on Thursday (November 2), the Fast & Furious co-star posted an Instagram video with the caption, “I’m innocent, repeat, I’m innocent! did nothing to my baby.”

Now, the Los Angeles County Department of Children and Family Services have officially closed their investigation, according to The Blast. Consequently, they won’t be seeking any criminal charges against the actor.

I’m innocent ! repeat I’m innocent ! did nothing to my baby…….. Don’t he get caught up in her monologue she’s been running with this monologue for 11 years………. finally I️ stood up for myself finally ! no longer wanted to live MY Alice in fear of what she might DO or say NEXT!!!!! When you finally fight people wanna fight YOU!!! Visionaries BOLD people of God – ! will get back to entertaining you guys as a entertainer soon…… Right now NOTHING I️ repeat NOTHING ELSE MATTERS BUT MY DAUGHTER……. ! hope you got to kiss your babies last night before cause I️ didn’t……. Take care.. “Your time is limited, so don't waste it living someone else's life. Don't be trapped by dogma – which is living with the results of other people's thinking. Don't let the noise of others' opinions drown out your own inner voice. And most important, have the courage to follow your heart and intuition”. – -Steve Jobs- #DaddyDaughterSeason

While this doesn’t resolve the other issues, it clears up what was (understandably) the most hurtful misconception about him.

A video of Tyrese breaking down and crying before heading to court earlier this week prompted a sea of instant roasting. This led many to point out the obvious hypocrisy of supporting mental health as a hot topic issue while throwing dirt on a man while he (clearly) needed help and support.

Twitter is the biggest scam. Y'all scream "mental health awareness is important" but shame Tyrese in a time of need

Tyrese really going through something and y’all clowning him… but last week y’all was talking about Black Men’s mental health.

People wanna talk about mental health issues and how crucial and important it is yet y’all wanna clown on Tyrese clearly going through something and struggling. pic.twitter.com/m8AVspgsMu

Tyrese again took to Instagram on Thursday to reassure fans and well-wishers who were concerned about his mental state that he was “actually ok.”

Ladies are our Queens of the Earth….. This is not about Men vs Women…. This is about Men and FATHERS vs LIARS I️ love you…… But like you who always show UP and stand UP for each-other I’m just trying to be a Voice for the unspoken…… The silent protest…… For fully committed and evolved father…… Rather Black, Latino, Asian, Native American, Italian, Dominican or Puerto etc……. rather you have 2 dollars to your name, millionaire, lawyer or the president in the end we all have one thing in common….. None of us as fathers or grandfathers wanna go home and NOT see or have “access” to our angels….. boys make babies real MEN and FATHERS will do whatever it takes to RAISE our angels……………….. I️ know I️ know…. this all looks a way….. Just know this.. God is really really UP to something and I️ have already accepted what God has told me to do…………..

One of the more humorous reactions to Tyrese’s “meltdown” came from comedian Michael Blackson, who said due to his “light skin behavior,” Tyrese was being traded.

“You are no longer considered dark skin … you did some really red bullshit yesterday,” he said. “I spoke to Akon, Don Cheadle, Gucci Mane and Wesley Snipes and we are trading you for Drake and Steph Curry. Good luck with your court case.”

#Tyrese is my neega but with all due respect I have no respect, the neega did some light skin shit yesterday.

Tyrese responded positively, stating “[I] needed this … when you’re fighting for your baby, all you wanna do is laugh.”

Blackson responded with his own words of encouragement. “I’ve been going thru the same battle with my 10 yr old twin boys … don’t give up keep fighting and one day when your daughter is old enough her mom will have a lot of explaining to do.”

Of course, Blackson ended things on a funny note. “Oh, since you don’t want to do Fast & Furious 9 can I have your part? Just asking that’s all.”

@tyrese my neega I’ve been going thru the same battle with my 10 yr old twin boys, this family court system is not made for us men but don’t give up keep fighting and one day when your daughter is old enough her mom will have a lot of explaining to do. My bm asked the court for me not to post pics of my kids so I can look like a dead beat who don’t spend time with them. Take your problem to God because if you bring it to ig beech neegas like me will make videos. I’ll talk to the rest of the dark skin committee and reconsider bringing you back on the dark side and returning Drake and Steph curry. Good luck in court and tell Jacoby and Myers I said what’s up. Oh since you don’t want to do Fast & Furious 9 can I have your part? Just asking that’s all. Much love modasucka