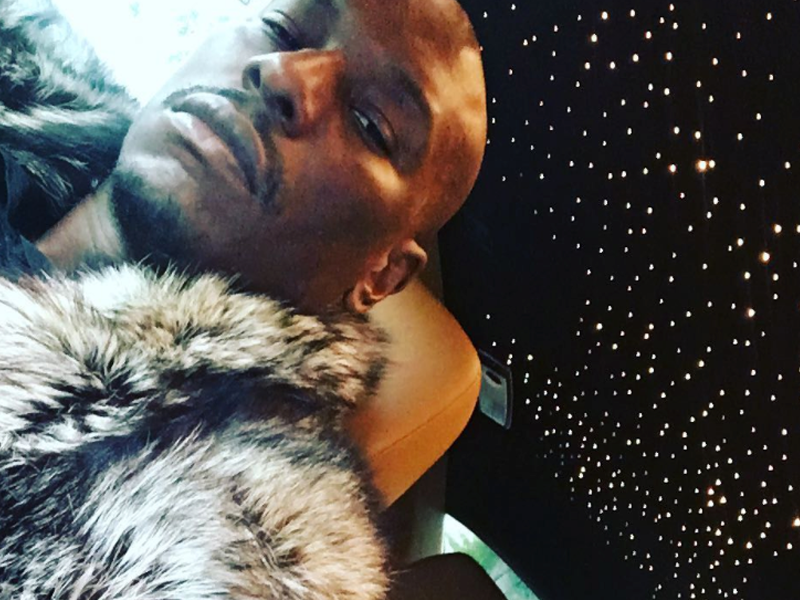 Many older heads have voiced their concerns over the direction of Hip Hop over the years. Singer and actor Tyrese, unwilling to sit idly by any longer, is vowing to save the culture with his brand new EP, Identity Theft.

According to the singer, who raps under the moniker Black-Ty, the project will be JAY-Z’s spirit, 2Pac’s soul and — sonically — Dr. Dre’s ear. His catalyst for the project is the supposed degradation of the culture from its golden era to the present day.

In an Instagram tirade posted on Tuesday (October 17), The Fast And The Furious star explicitly aimed criticism at Yung Joc, posting an obviously photoshopped image of Joc with a woman’s hairstyle.

“[Who’s responsible for] letting this shit go down in Hip Hop … How did the OG’s in the game let this go?” he asked in the caption of the photo.

Oop! #Tyrese has a little something to get off his chest ?

Joc responded by taking the high road, noting that he wasn’t going to go at Tyrese but rather lead by example.

“Redirect your energy fam,” he noted, adding the hashtag #PrayForTyrese.

#Tyrese stepped into The Shade Room to say he doesn't need to diss #YoungJoc in order to promote his album, y'all ??

Understandably, fans aren’t completely sold on Black-Ty’s vision or his constant references to Pac and Biggie when speaking on the standard he’s trying to uphold.

Can someone please burp Tyrese and put him down for a nap? ?

Get Tyrese AND Joc outta here

Who does tyrese think he is?? https://t.co/rDpPRZwrAE

Is Tyrese coming for Bow Wow’s spot as most annoying? ?

When even Yung Joc don't have time for Tyrese https://t.co/up6YOuhIJr

Tyrese posted a snippet of a song from the EP titled “I Do This Shit For The Culture,” which he says will feature Future. Interestingly, he notes this version is an early reference track from a ghostwriter.

#IDentityTheftDoubleAlbum #EP of the overall album @SeigeMonstracity #iDoThisShitForTheCulture BlackTy feat Future this is an early reference #GhostWriter when will I drop – no one knows…… I will be pressing play at the #RocNation offices soon…. not interested in deal, already signed myself – “I don’t get dropped I drop the label”…… Jay-Z #VoltronRecordz – this album is inspired by Jay’s spirit, PAC’s Soul and sonically Dre’s ears….. #GTFOH right? Ha!! You will see… Rumor has it I’m BEYOND-SAY!!!!!!

It would be easy to criticize his choice to publicize his use of a ghostwriter considering his claims of rescuing Hip Hop, but the choice isn’t surprising. This past February, he questioned why rappers — unlike singers — weren’t able to freely use ghostwriters.

“I’ll say this, whether you have a ghostwriter or not, you still have to have some talent somewhere to be able to come through with, delivery, flow, style, cadence, etc.,” he said.

Time will tell whether the singer can live up to the hype he’s created for himself. Currently, there is no release date for the project.