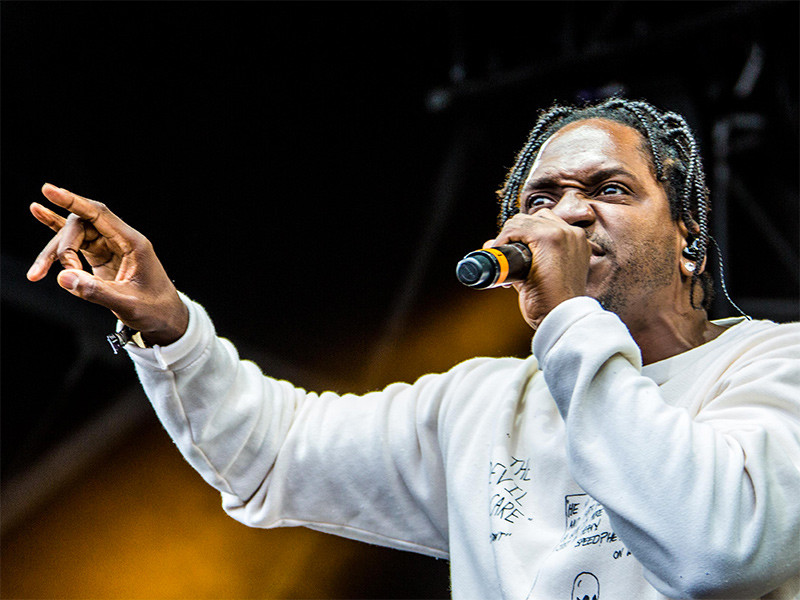 GOOD Music President Pusha T is setting the bar high for his long-awaited “King Push” project, promising that it will be next year’s best album.

While speaking with Billboard at ComplexCon over the weekend, Push talked about the album, which has already been through multiple versions so that he can get it just right.

“I’m actually finishing it up. I’m probably working on my last song,” he explained. “I’m probably waiting on my last couple of features. It’s going to be album of the year in 2018. Heavy raps, production by Kanye West from top to bottom. I’ve been in this for a long time, and one thing about me is it just has to be right.”

He further explained that Kanye’s contribution isn’t just as a producer.

“He A&R’s my album all the time. He will pick all of my beats. I’ll rap to all of the beats, song’s done. Then, he will listen to it and say, ‘Hey, I can do all of these beats better. It is Kanye West, and he’s probably the greatest producer of all time. So if he’s willing to take all of that time, then I can take my time. I think that’s my biggest accomplishment of being in the game this long is having the luxury to take your time.”

Push gave fans a taste of new music (and shoes) in October with his “Bodega Babies” collaboration with adidas.

His last full-length studio album was King Push – Darkest Before Dawn: The Prelude, which came out at the end of 2015.