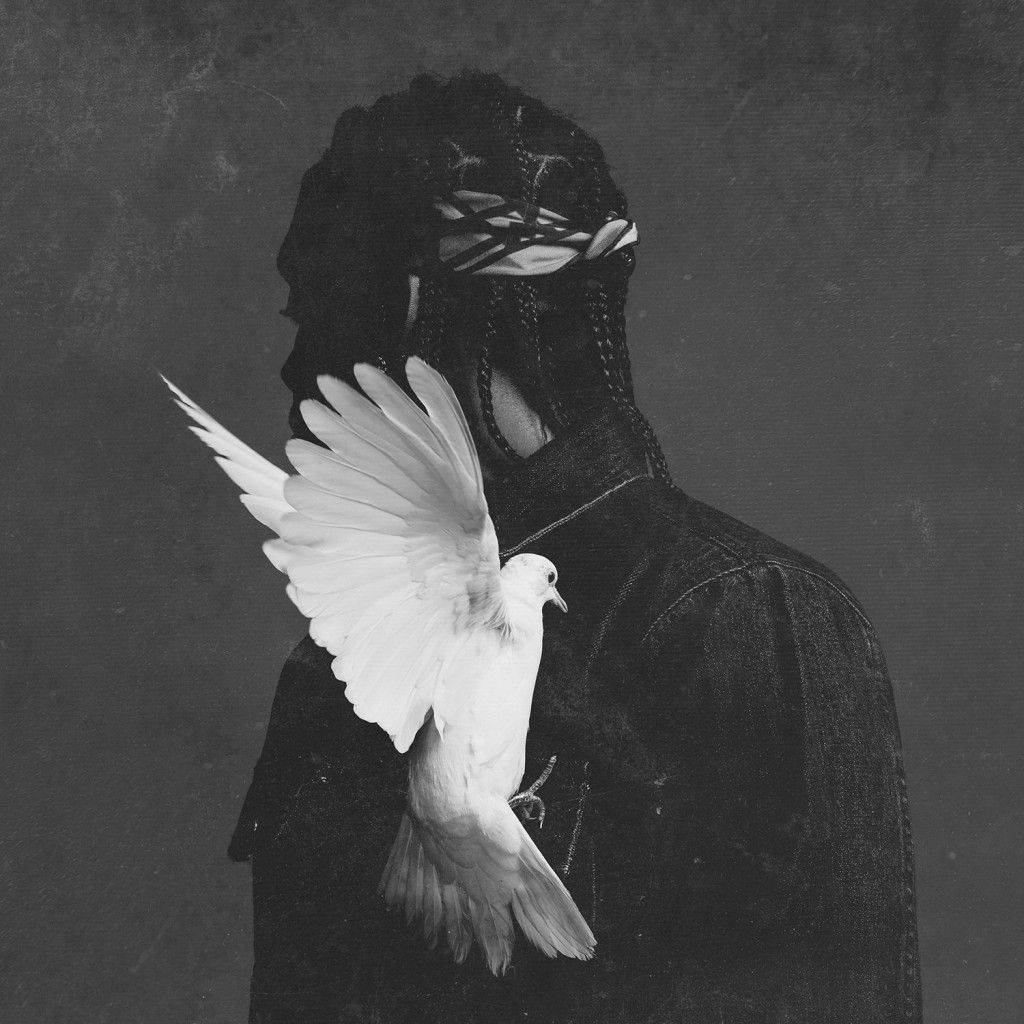 Even in the exponentially softening climate of competitive sports, one is repeatedly taught since their pop warner years that the only efficient method to keep an opponent from running up the score is to stop them. In spite of his imposing track record, Pusha T’s proclamation last summer that his goal was to “always have Hip Hop Album of the Year” sounded more like well wishes than prophecy. 2013’s My Name Is My Name, his debut solo effort, hardly wasted any time on the digital shelves before being argued as one of the most impressive releases of the year. Hype for his King Push project has only ballooned in the ensuing years, and whereas most artists would succumb to the weight of such lofty expectations, Pusha is electing to raise the stakes. Releasing an official studio prelude to one of the most anticipated albums of the decade would be synonymous with career suicide for most, but Pusha is wholly confident in his artistic ability to put numbers on the board. If King Push – Darkest Before Dawn: The Prelude is merely a walk-through, then Push must be storing his own wicked Hell’s week in 2016.

Long celebrated as an artist who is predictably unpredictable, arguably the most consequential aspect of Pusha’s second studio album is how it eradicates traditional pitfalls in a sublimely organic fashion. By now, Pusha’s keen ear for production is a foregone conclusion. With busy liner notes that include names like Timbaland, Boi-1da, Q-Tip, J. Cole, and Kanye West, many emcees would be content with the billion dollar soundscapes alone. But shedding customary unimaginativeness, Pusha always manages to keep his lyricism and unmistakable stage presence as the most vigorous magnetic pull. Conversely, even esteemed masterminds are prone to alternate their formulas and deliver nonpareil beats when in the presence of an undisputed legend. Timbaland immediately confounds expectations on “Untouchable” by burying his bouncy drum cadences to unearth a funereal-sounding instrumental and Push graciously takes his cue for a perfect ambience setting track. Notwithstanding, rhyming alongside one of the late Notorious B.I.G.’s most recycled lines, the G.O.O.D. Music president effortlessly discharges one of his most thrilling lyrical displays.

Even in the context of a “prelude” album, most fans would be dismayed by a tracklist of merely ten songs, which barely stretches past the half-hour mark. But on The Prelude, there is no room for dull moments, filler, or minced lyrics. Each song is a spectacle in itself, and, repeatedly, Pusha’s meticulous craftsmanship is simultaneously evident and spontaneous. Instead of enlisting random vocalists for hook duty, Pusha reunites with The Dream on two tracks, building off the chemistry the two established on Cruel Summer’s “Higher” and more memorably on My Name Is My Name’s “40 Acres.” Once again the pair has no problems strumming up chemistry, and their respective vocals each seem to register tenfold in the company of Boi-1da’s own somber soundscape on “M.F.T.R.”  The feeling only multiplies two tracks later as they are joined by Kanye and A.S.A.P. Rocky for the J.Cole-laced “M.P.A.”

“Crutches, Crosses, Caskets” is vintage Pusha, and synchronously recalls his old Clipse days while incorporating a modern feel with Diddy operating behind the boards. Unfortunately, Malice doesn’t factor into the gritty equation, but Pusha picks his guests wisely nevertheless. Beanie Sigel also turns the clock back on “Keep Dealing” for one of his most fiery, impassioned collection of bars to date. Mostly relegated to hook duty, Kehlani’s vocals add an effervescent touch to another charged Timbo beat on “Retribution.” As one would expect, Pusha’s dazzling lyrical displays never drop off in terms of quality, and only seem to magnify gradually with each blazing performance.

Almost no one is still under the impression that Pusha only rhymes about moving dope, but he once again reminds listeners of how entrenched his pen can be with the deafening finale, “Sunshine.” Jill Scott croons alongside the Virginia native for a heart-rending dose of real talk about contemporary police brutality, memorializing fallen victims such as Eric Garner and Freddie Gray. When you rhyme this much every song turns into a possible run-of-the-mill performance, yet Pusha delves into risky artistic terrain and imparts flashes of lyrical genius only a few have the pedigree to pull off. The Prelude has once again positioned Pusha as an emcee with the ability to put forth a legendary piece of work. Here now, the clock ticks until King Push.