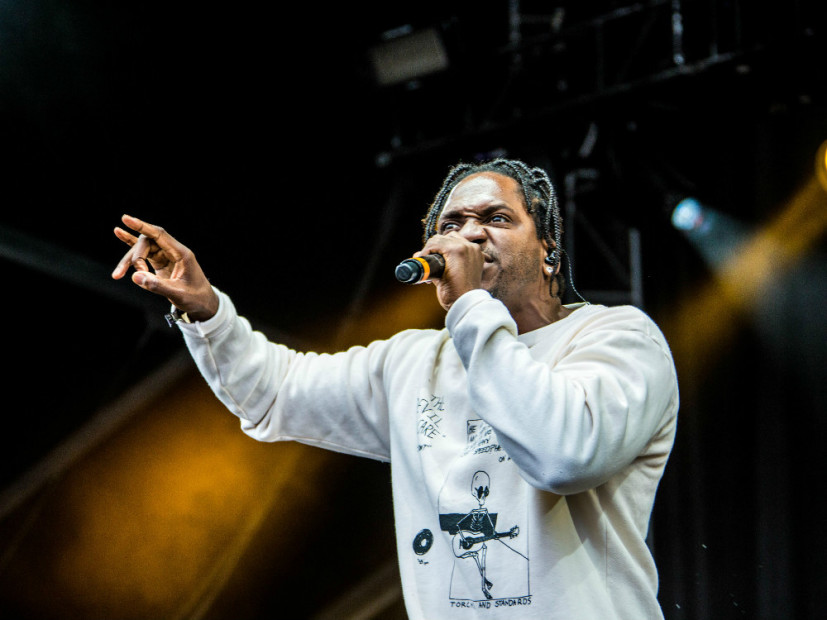 Philadelphia, PA – Speaking during his performance at the Budweiser Made In America festival Sunday (September 3), Pusha T let fans know that Kanye West’s relentless pursuit of perfection is what’s behind the delays of his long-anticipated album, King Push.

“These last two months we just been locking in, day for day, night for night, getting it perfect for y’all,” he told the crowd, throwing in a little boast, saying, “When you on your rap superhero shit, you get the luxury of taking your time.”

Kanye’s perfectionism has caused issues with albums before, with the “Famous” rapper continuing to make edits to The Life Of Pablo even after it was available to stream.

Fans have been waiting for Pusha’s full follow-up to My Name Is My Name since 2013. Pusha released a 33-minute “prelude” record all the way back in 2015, which should give fans an idea about just how effective Kanye is at holding up a record when he feels like things aren’t perfect.

In a 2014 interview with Acclaim, Pusha talked about how his G.O.O.D. Music label boss had improved his debut solo studio album.

“With [My Name Is My Name] I went out and did everything I wanted to do and brought it [to Kanye],” he says. “And from there he took that from me and made it even better.”

As of right now, there still isn’t a release date in site for the album.