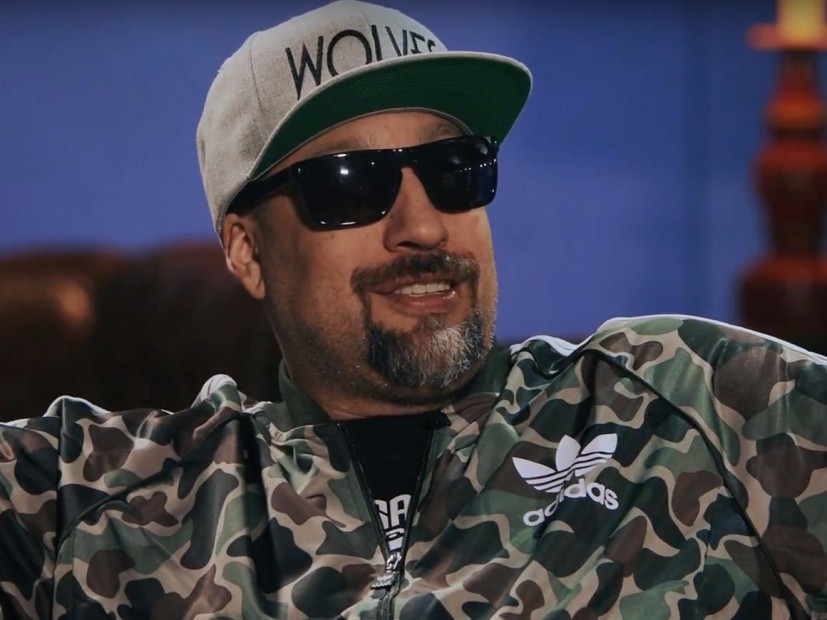 Los Angeles, CA – Prophets of Rage — B-Real, Chuck D, DJ Lord, Tim Commerford, Brad Wilk and Tom Morello — are currently on a worldwide tour in support of the supergroup’s self-titled debut. Ahead of AT&T Audience Network’s Prophets of Rage concert special, B-Real, Commerford and Morello sat down for a candid interview in Los Angeles where they discussed a bevy of topics.

In one of the clips, the Cypress Hill MC talked about Public Enemy’s impact and recalled doing a mean Flavor Flav impression driving around with fellow Cypress Hill MC, Sen Dog.

“It’s a trip because when I was kid growing up — when I was fan of the music before we started doing it ourselves — Sen Dog and I would be in the car and our other friends, and sometimes we’d do that thing where we’re saying the parts to these particular songs. And I would do the Flav parts because I had the high voice. Here I am 20 some odd years later doing the Flav fucking parts. I feel blessed you know? It’s something none of us would have called.”

Later in the interview, he also elaborated on Public Enemy’s influence and explained how the pioneering Hip Hop group evolved into one he idolized.

“With Public Enemy, they were doing such a different thing in terms of what they were talking about — social content, political content — and the style of production they were doing,” he said. “It’s something that myself and a couple of the other guys from Cypress, we all gravitated to it. They became like our idols that we looked up to, a source of inspiration and something we were tremendous fans of. And to be on stage with these guys and look to over to my right, and see Tim and Chuck bouncing around, there’s no greater feeling than that.”

The concert special premieres on Friday (November 3) at 9 p.m. ET on AT&T Audience Network via DIRECTV Ch 239, AT&T U-verse Ch 1114 and on-demand through DIRECTV NOW. It features a live Prophets of Rage concert shot on location at six major rock festivals around the world, including France’s Hellfest, Argentina’s Maximus and Louisville, Kentucky’s Louder Than Life Festival 2017.

Check out the clips above and official trailer below.