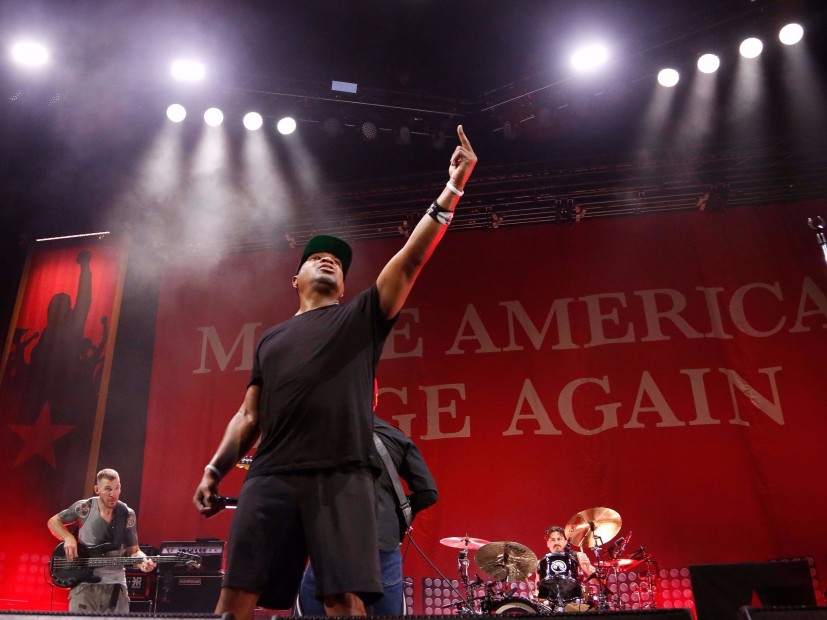 The seasoned musicians of Prophets of Rage officially joined forces in 2016 and since then, have made it their mission to weave their political convictions into their music.

Comprised of Public Enemy’s Chuck D and DJ Lord, Cypress Hill’s B-Real and Rage Against The Machine’s Tom Morello, Tim Commerford and Brad Wilk, Prophets of Rage have dropped their inaugural self-titled album, which is comprised of 12 new original tracks.

Kicking off with “Radical Eyes” and culminating with “Smashit,” the album is packed with an unrelenting barrage of politically charged content backed by the Rage Against The Machine vets’ explosive rage-fueled rock and DJ Lord’s impeccable scratching.

Check out the album stream, album art and tracklist below.