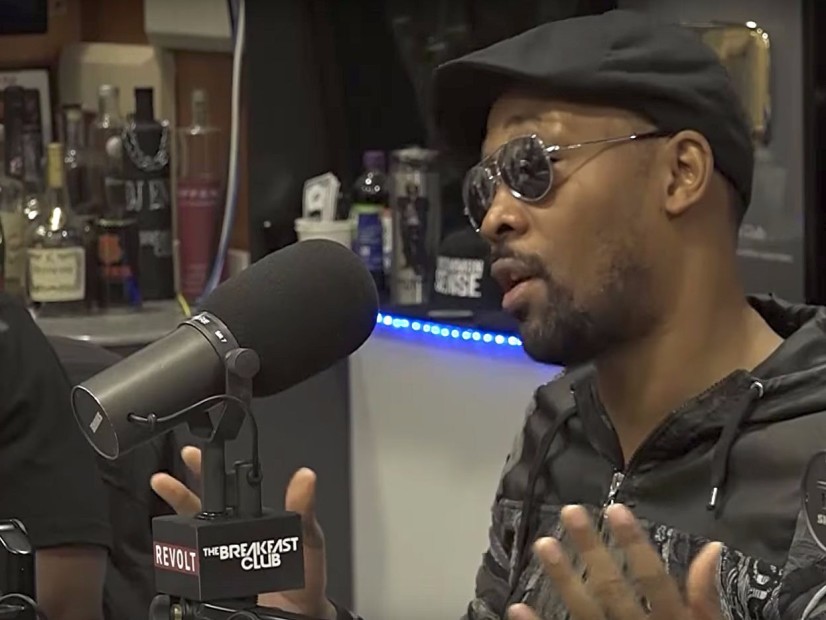 During the new interview, RZA claimed Crowe “spit at” Banks at a Beverly Hills hotel last October, a detail he left out from his 2016 statement about the incident. Subsequently, Banks took to social media to shame RZA for being a “liar” and said she hoped he’d drop dead.

“The derogatory posts against my client RZA by Azealia Banks is unwarranted and beyond that — unbecoming,” the publicist’s statement reads via NME. “RZA, from the moment he met Ms. Banks, bet on her to win.  So much so that when others felt she would be too much trouble to work with on the film Love Beats Rhyme, he disregarded what had been said and looked beyond her well-documented controversies moving forward with securing her as his lead.”

The statement continued, “Her introduction to Russell Crowe at his private party resulted in Banks going on a salacious mission to disparage him and RZA. Playing the race card and anything else she could.”

RZA’s team reiterates how willing the legendary rapper was to help Banks along in her career despite her tumultuous past and sullied reputation.

“I represent RZA and found it necessary to state he would never have done what he has in support of Ms. Banks to put her in a position to be harmed, ridiculed, demeaned, or treated in an inhumane way,” the statement read. “And still, he continues to support her. As Ms. Banks reputation precedes her, RZA hasn’t and does not want to further embarrass Banks and stands by not revealing all of the details at this time. In fact, after the incident, concerned about her welfare, RZA made sure she made it back to her hotel safely.”

RZA recently sat down with The Breakfast Club for an interview where he made some additional comments about the incident involving New York rapper Azealia Banks and actor Russell Crowe.

During an October 2016 party at a Beverly Hills hotel, where RZA was also a guest, Banks claimed Crowe called her the n-word, choked her, threw her out and spat on her.

Crowe reportedly said she threatened to cut the throats of other people in attendance. At the time, RZA publicly backed up Crowe and said Banks was behaving like an “obnoxious erratic individual.”

But Banks said Crowe initially got mad because she called him “old and fat.”

Now, the Wu-Tang Clan mastermind has given more details about what happened, saying that Crowe spat at Banks. He told Charlamagne Tha God, “Look, he spit at her. I saw that.”

He explained that he didn’t spit exactly on her, but spit at her in a way that symbolized “that’s what you are.” He joked, “Shit, it almost got on me.”

In true Banks form, she took to social media to express her frustrations with the situation and said unless RZA apologizes to her, “He can go back to sucking Russell Crowes dick for invites to Hollywood parties.”

She added, “Nobody understands how badly I wanted to die the moment rza LIED and told the world I deserved to be spat [at],” she wrote in one post. “People laughed at me and said I lied. @RZA I HOPE YOU DROP DEAD.”

Many people chimed in on Twitter about RZA’s story, including fellow MC Rah Digga who said it was “fucked up.”

That's fucked up RZA stood by and let Russell Crowe spit on Azealia and deny it like she was crazy. The shit niggaz do for acceptance smh

Check out RZA’s full interview above.